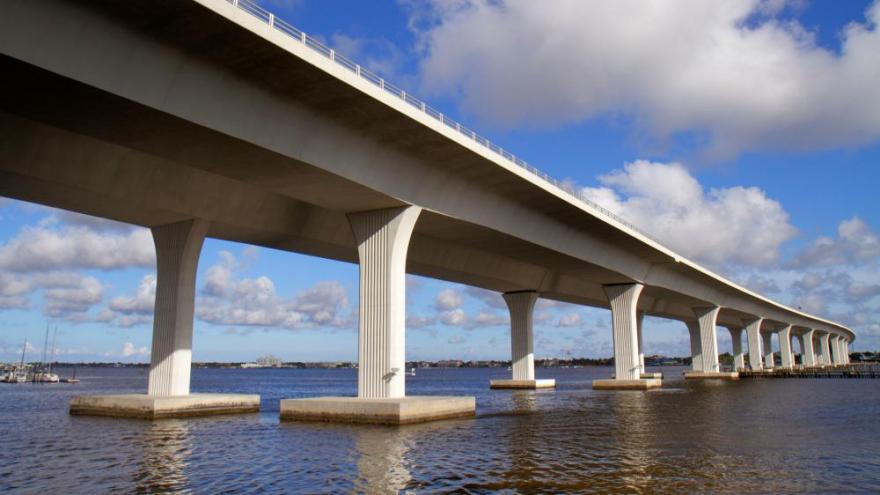 (CNN) -- Part of a bridge in Florida is closed for repairs after a large crack appeared underneath, authorities said.

The Roosevelt Bridge in Stuart is "at risk of an imminent collapse," the US Coast Guard warned.

The Roosevelt Bridge was built 24 years ago and spans the St. Lucie River.

"We expect heavy traffic delays during the morning commute and recommend avoiding this area. Please consider traveling on Hutchinson Island, Palm City, or Sewalls Point to enter the City of Stuart from the north," the department wrote in a statement.

"We apologize for the delays, but the safety of all motorists and pedestrians is our priority. We will update this post as information becomes available."

CNN affiliate WPTV reported that a large crack has appeared along the south end of the bridge.

The Coast Guard has established a safety zone to stop commercial maritime traffic from passing under the bridge.