A flight attendant dies, and colleagues are 'very much on edge' 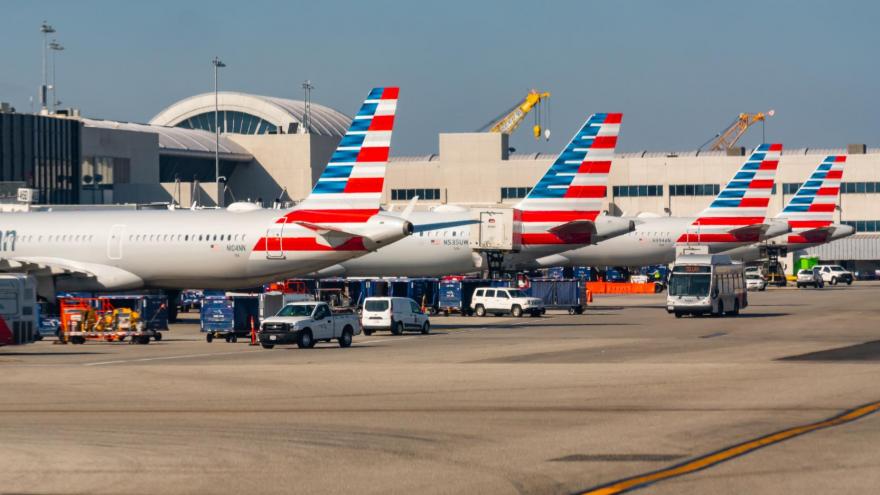 Flight attendants are mourning the death of a beloved colleague this week as they keep working in conditions that they say feel increasingly dangerous.

(CNN) -- Flight attendants are mourning the death of a beloved colleague this week as they keep working in conditions that they say feel increasingly dangerous.

Paul Frishkorn, a longtime union representative and Philadelphia-based flight attendant for American Airlines, died this week, the airline confirmed Wednesday in a statement to CNN.

Authorities in Pennsylvania have yet to release a cause of death. But in the voicemail greeting on his phone, Frishkorn said he was "very ill" and awaiting results of a test for Covid-19.

"He was amazing, and totally selfless, and just a ... good soldier who never asked for any recognition, other than to make sure people were taken care of," Sara Nelson, president of the Association of Flight Attendants, told CNN in a phone interview, her voice breaking with emotion.

Frishkorn was in his 60s. He had twice been named one of American's Flight Service Champions for excellent customer service. "Our hearts go out to Paul's family and friends, many of whom work for American," the airline said. "We are working directly with Paul's family to ensure they are cared for during this extraordinarily difficult time."

CNN was unable to reach any of Frishkorn's relatives.

About 119,000 Americans work as flight attendants, according to a 2018 estimate from the Bureau of Labor Statistics. The coronavirus pandemic has placed them in the same dilemma as millions of other workers: Go to work and risk getting severely ill, or stay home and worry about your paycheck.

"They're right there exposed on the front lines," said Lori Bassani, president of the Association of Professional Flight Attendants, a union representing about 27,000 flight attendants at American Airlines. "They're scared of getting sick and carrying the virus to their families."

Tracy Sear, a flight attendant for American Airlines, said Frishkorn was a larger-than-life presence who enjoyed figure skating and loved to laugh. But even as she fondly remembered Frishkorn, she thought of other coworkers with elderly or immunocompromised relatives.

"Flight attendants are very much on edge right now," she said, because social distancing is so difficult in the close quarters of an airplane cabin.

In response to an inquiry from CNN, American Airlines released a statement on worker safety.

"We've taken enhanced steps to provide our team members with a safe, healthy and clean working environment," it said, adding that employees have been told to stay home if they're showing any sign of illness.

The company provides up to two weeks of additional paid sick leave if an employee is diagnosed with the virus or put under quarantine by a health official.

"If a team member doesn't feel comfortable coming to work," the airline said, "we are encouraging them to take vacation, sick time or leave."

James Rhoades, a longtime flight attendant based in North Carolina, told CNN he developed a dry cough while at work for an airline last week. After going home, he had a fever, excruciating headaches and shortness of breath.

Rhoades is 55, with stents in his heart. At home on Wednesday, as he waited for coronavirus test results, he reflected on his recent weeks in the air.

Most flights are emptier than usual, he said, but some people are buying cheap tickets and going on vacation. He saw full planes heading to Fort Lauderdale, Florida, Grand Cayman and the Bahamas. On a layover in San Antonio, he saw tourists crammed together outside the Alamo.

Flight attendants have no way to hide from the virus, he said. They share bathrooms with passengers. They sit together on jump seats, shoulders touching. And even when Rhoades found an empty corner of the plane, he says, a passenger walked over and coughed on him.

"The main purpose of my job is to save people's lives," he said. "And today I'm fighting for mine."