A 1st-grader lost his tooth, literally, so his principal vouched for him to the Tooth Fairy 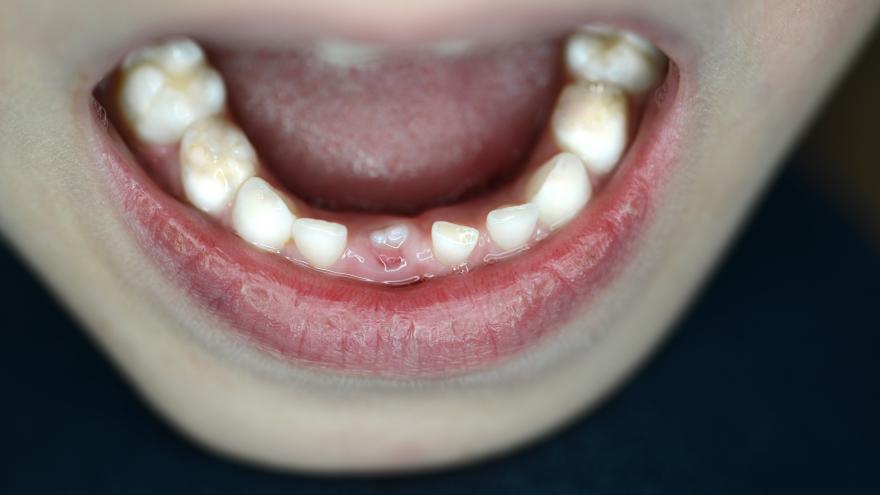 GILLETT, Wis. (CNN) -- A first-grader in Wisconsin lost his tooth. And, in an upsetting turn, he lost his lost tooth.

Luckily for him, his principal stepped in and saved the day.

Curt Angeli, the principal at Gillett Elementary in Wisconsin, wrote a letter to the Tooth Fairy to certify that his first-grade student had actually lost his tooth.

The student was playing ga-ga ball when he lost his tooth last week. It's a playground game where players hit a ball at each other with their hands and are eliminated if it hits them on or below the waist.

He may have swallowed it, Angeli told CNN on Tuesday. Or it could have gotten lost in the hustle and bustle of recess.

Parents and other students were looking everywhere for the lost tooth, but they couldn't find it. The student was worried the Tooth Fairy wouldn't know he had lost his tooth, so Angeli told him he would go get him a note.

When Angeli returned, he had written a letter to the Tooth Fairy explaining what had happened and that there was, in fact, a gap in the student's teeth.

"Today [the student] lost a tooth while playing outside at recess," the letter said. "Unfortunately, it was lost in our ga-ga pit, and despite the valiant efforts of an intrepid search team, we were unable to recover the tooth."

The principal also wrote that, as a "hobby dentist," he could verify that there was a gap in the student's teeth where there wasn't in the morning.

"Please accept this letter as official verification of a lost tooth and provide the standard monetary exchange rate you normally use for a real tooth," the letter said.

And the letter worked. The student came up to Angeli the next day and was very proud to announce that he had received a dollar from the Tooth Fairy.

Gillett Elementary is a small, rural school, Angeli said. He has been principal for six years and in the school district for much longer. He had never written a letter to the Tooth Fairy before, but he said he has always tried to do little things like that for his students.

"Education sometimes is a tough business nowadays," Angeli said. "Kids come to us from all different places, and you try to infuse that good support and acknowledgment in everything that you do."