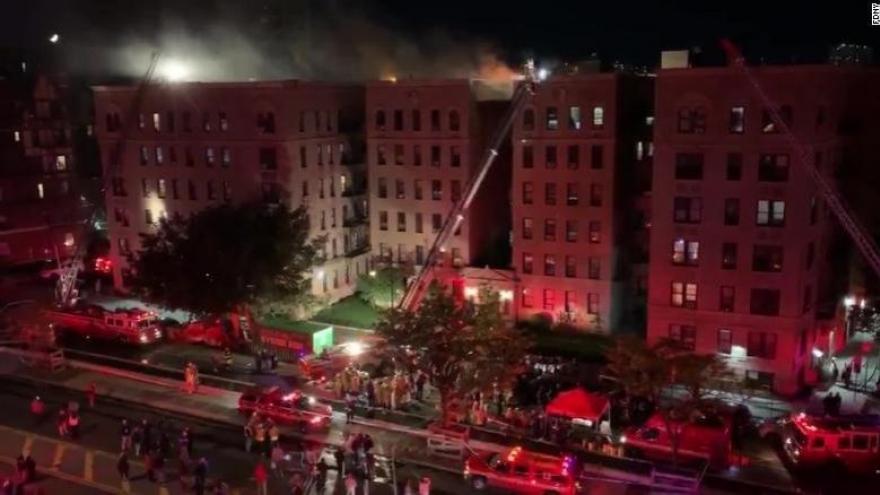 A fire tore through an apartment building in the Bronx, injuring 10 people -- including nine responding firefighters -- before it was brought under control hours later, officials said.

(CNN) -- A South Carolina firefighter died after he was hit by a semi-truck while helping the victim of a car crash.

Lexington County Fire Service engineer Paul Quattlebaum and a partner were headed to a medical call Friday afternoon when they saw a collision scene. When they stopped to help, a semi hit Quattlebaum.

He received medical care at the scene, and was rushed to the hospital, where he died.

Quattlebaum was a 22-year-veteran of the Fire Service and served as a US Marine prior to that.

Last year, 82 firefighters died while on duty, the Federal Emergency Management Agency reported. It includes firefighters who died from medical issues and during training activities.