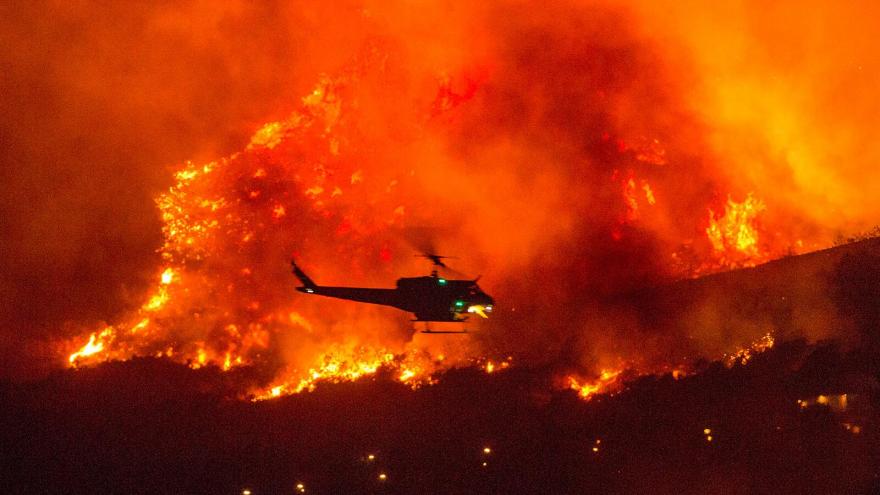 A helicopter prepares to drop water at a wildfire in Yucaipa, California, on September 5.

(CNN) -- A firefighter has been killed in the El Dorado Fire, the blaze sparked this month by a botched gender reveal party, according to the San Bernardino National Forest Service.

The firefighter was killed Thursday, the forest service said in a brief statement. The cause of death is under investigation, it said, and the firefighter's identity was withheld pending the notification of next of kin.

"Our deepest sympathies are with the family, friends and fellow firefighters during this time," the forest service said in a brief statement on Twitter.

The El Dorado Fire was started by a "smoke-generating pyrotechnic device" used at a party over Labor Day weekend in El Dorado Ranch Park in Yucaipa, about 70 miles east of Los Angeles, according to Cal Fire investigators.

Fire officials told CNN at the time that those involved were cooperating with fire investigators.

As of Friday morning, the El Dorado Fire had scorched more than 21,000 acres and was 66% contained.