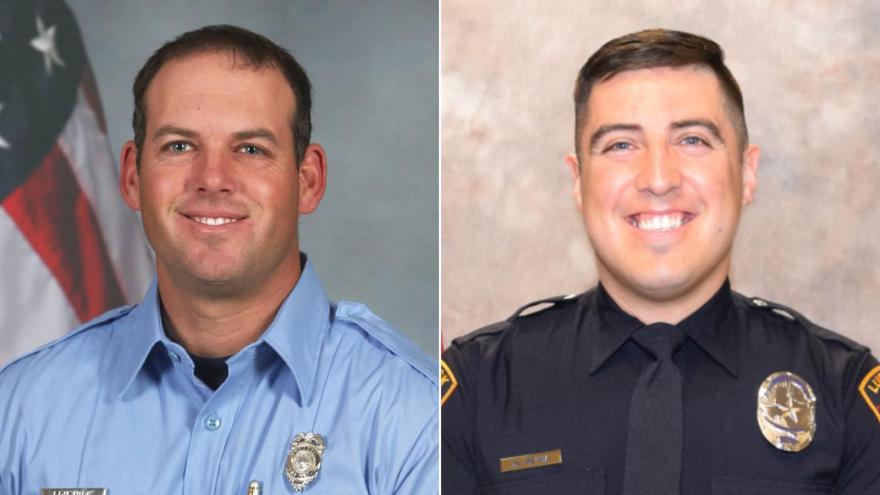 Paramedic Eric Hill, 39, and Officer Nicholas Reyna, 27, were killed while working the scene of an icy crash in Texas, authorities said.

(CNN) -- A firefighter and a police officer were killed while working at the scene of an icy crash in Texas, authorities said.

A second firefighter was hospitalized in critical condition following the incident on Interstate 27 in Lubbock, officials said.

Emergency responders arrived at the scene of a single-vehicle accident Saturday morning. While they were there, a second vehicle towing a trailer crossed the median about 25 yards from the first accident, Lubbock Police Chief Floyd Mitchell said.

Lubbock had an inch of snow that night and the roads were icy Saturday.

"When road conditions get this bad, we need to make sure that people understand they need to slow down," Mitchell said.