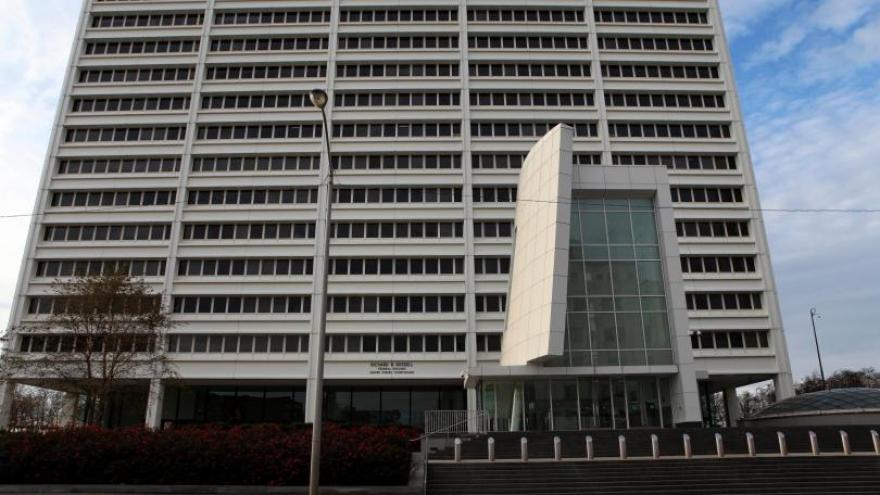 The case is being heard in the US District Court for the Northern District of Georgia, which operates out of the Richard B. Russell Federal Building in Atlanta.

(CNN) -- A federal court hearing held on Zoom about Georgia's use of electronic voting machines was interrupted suddenly when screens suddenly filled with photos of the 9/11 attacks and pornography.

The disturbance happened about 2.5 hours into Friday's hearing, when someone joined by video and immediately began sharing their screen, said Bryan P. Tyson, a lawyer for the state of Georgia in the case. Suddenly, a variety of images of 9/11 filled the screen and a loud audio track began to play, lasting for about a minute, before it switched to a pornographic slide for a few seconds. There was also an image about being taken over by ISIS, he said.

More than 100 people were on the call, which the court quickly shut down and resumed an hour later, Tyson told CNN. He said he has no idea who did it, but said he did see a young man appear briefly on the screen.

"I assumed it was just a prank as opposed to anything else, but I don't know," he said.

In the past six months, Tyson said, he has not seen anything like it.

"It just showed the tension we have with open access to proceedings and using technology," he said. "One of those things we have to learn from and grow from."

Friday's hearing was the second evidentiary hearing in the case brought by plaintiffs hoping to force the state to use paper ballots in the upcoming election, arguing that Georgia's voting machines are unreliable and can be hacked.

Georgia has defended the machines.