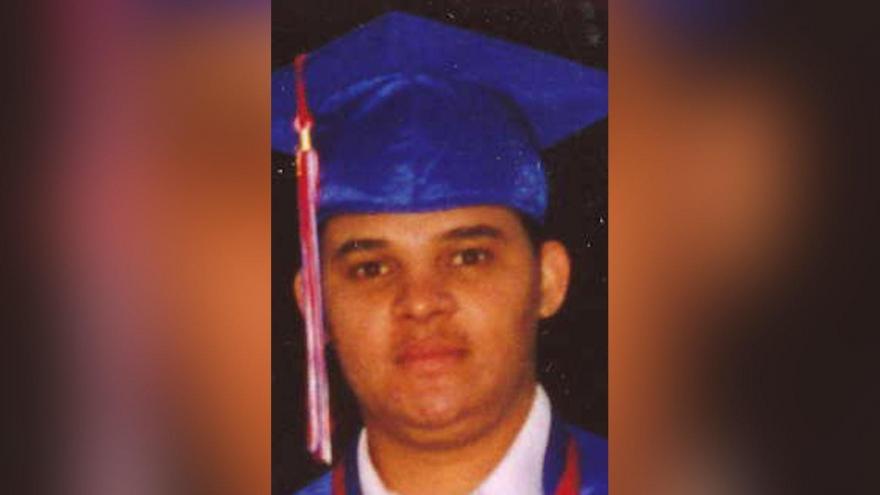 Larry Murillo-Moncada's body was found behind the cooler at an abandoned No Frills supermarket in Council Bluffs, Iowa, and father Victor Murillo wants answers.

(CNN) -- Larry Murillo-Moncada's body was found behind the cooler at an abandoned No Frills supermarket in Council Bluffs, Iowa, and father Victor Murillo wants answers.

Murillo-Moncada left home upset on the night of November 28, 2009, and had been reported missing by his parents. After nearly 10 years went by with no answers, his body was finally found and identified.

In January, workers removing equipment at the supermarket, which CNN affiliate KCCI says closed in 2016, found the body and reported it to police. After collecting DNA from Murillo-Moncada's parents, officials were able to identify his remains.

The couple finally has some closure after nearly 10 years, but questions still remain.

"We went out to find him, my wife and I," Murillo told CNN affiliate KETV of the night their son went missing. "Another friend came to help me. We got up early and couldn't find anything. It felt like the earth had swallowed him whole."

Murillo-Moncada was reported missing during a snowstorm, and his parents believe that he may have been off his prescription medication and not in the right frame of mind. Though a number of clues point to how that night unfolded, they may never know the full truth.

"Our heads are spinning, finding this out after so many years, and it is distressing. It makes us feel a lot of pain," Murillo said.

Police believe that Murillo-Moncada went to the store where he worked and climbed on top of the coolers before falling into the gap between the coolers and the wall. Any attempts to call for help may have been muffled by the noise from the compressors for the coolers.

Officials don't know how any odors emanating from his decomposing remains went unnoticed for years.

"They closed the building," Murillo said. "The freezers weren't working anymore. So how can a body just be there?"

Murillo said he is in the process of filing the paperwork to get his son's body back.