A family of four was on a camping trip in Canada. Then a wolf attacked while they were sleeping 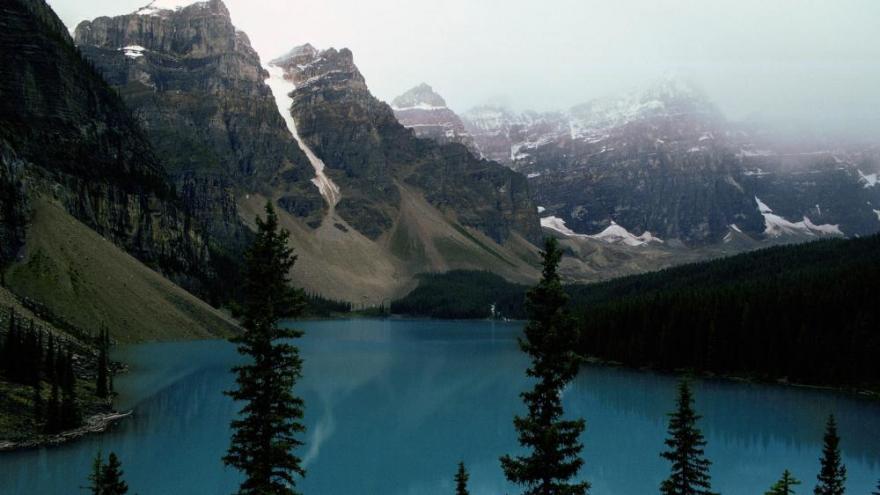 A New Jersey family was fast asleep in their tent on a camping trip at Banff National Park when the unthinkable happened: They were attacked by a wolf.

(CNN) -- A New Jersey family was fast asleep in their tent on a camping trip when the unthinkable happened: They were attacked by a wolf.

The family was in Banff National Park in Alberta when the incident occurred about 1 a.m. Friday, according to a report by the federal agency Parks Canada. Elisa wrote that her husband, Matthew, threw himself in front of her and their two boys while the wolf tore through the tent and clamped onto Matthew's arms.

"I don't think I'll ever be able to properly describe the terror," she wrote.

The incident felt like an eternity, Elisa said, but could've been only a few minutes.

The wolf was starting to drag Matthew away when a neighboring camper, Russ Fee, heard the family's screams and jumped in to help.

"The screams were so intense that I knew it was obviously a terrible situation," Fee told CNN affiliate CBC. "So I just kind of kept running at [the wolf], and I just kicked it sort of in the back hip area."

Fee said he immediately regretted kicking the wolf, but it did make the animal release Matthew and pop out of the tent. Matthew soon followed, and the two started screaming and throwing rocks at it.

Meanwhile, Elisa and the rest of the family ran toward Fee's minivan to safety.

The Rispolis eventually made it to a nearby hospital, where Matthew's wounds were treated. Elisa wrote that he had puncture wounds and lacerations on his hands, but he's doing fine. Matthew was the only one who was injured in the attack.

"It could have been so, so much worse, and we are just feeling so thankful that we are all still sitting here as a complete family," she wrote.

Elisa Rispoli didn't respond to a request for further comment.

Incidents like these are extremely rare. This is the first reported wolf attack on humans at a national site, according to Parks Canada, though there have been attacks in provincial parks: one in British Columbia and one in Ontario.

Lesley Matheson, a spokeswoman for Parks Canada, said that no significant wildlife attractants or food were found inside or in the immediate vicinity of the tent.

The campground was closed for a few days while Parks Canada investigated the incident. It reopened Monday after park staff tracked and killed the animal, verifying that it was the right one through DNA testing.

It's unclear why the wolf was attracted to this family, Matheson said. Veterinary tests confirmed that the wolf was in "poor condition" and nearing the end of its life, which was probably a contributing factor in its behavior, Parks Canada said.

The wolf was underweight for its age, a mere 78 pounds compared with the usual 100- to 150-pound range, Matheson said. Tests for rabies came back negative.