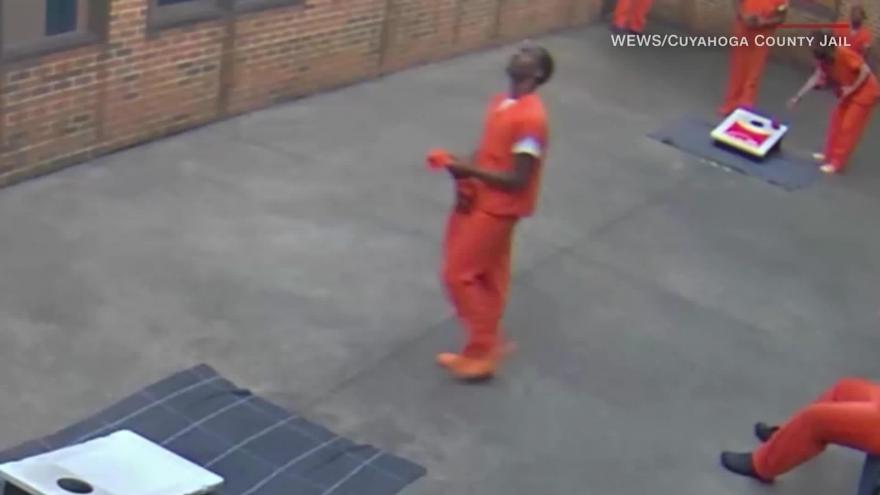 **Embargo: Cleveland, OH** An inmate at an Ohio prison had a cell phone and marijuana delivered to him by drone, police said.

(CNN) -- An inmate at an Ohio prison had a cell phone and marijuana delivered to him by drone, police said.

In surveillance footage released Monday, the man is seen in a courtyard playing cornhole with some other inmates when he begins looking up into the sky and making sudden movements, as if to shift his position to catch something.

Moments later, a black package falls into the yard and the inmate covers it up with an orange cloth.

The Cuyahoga County Prosecutions Office told CNN it is "currently reviewing the matter" and it will determine what charges may be filed in the case.

This isn't the first time a drone has visited an Ohio prison.

In 2015, inmates in Mansfield, Ohio, broke out in a fight after a drone delivered a package of drugs to the yard.