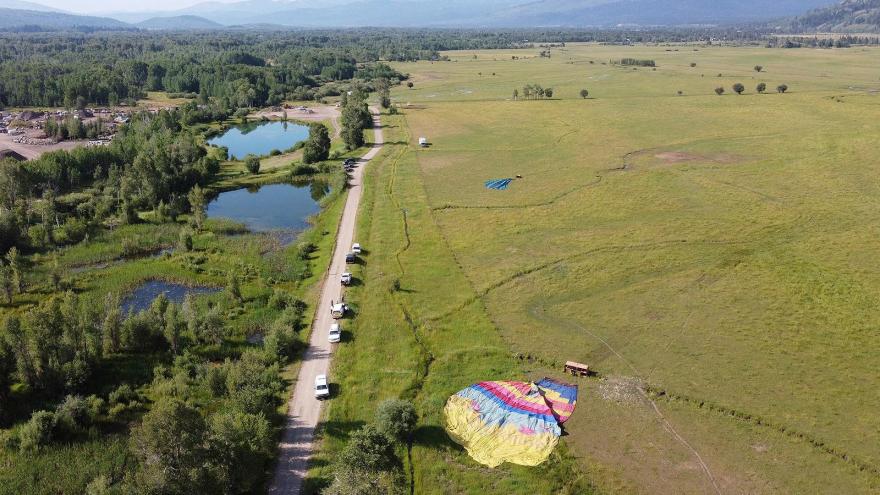 A pair of hot-air balloons lie in a field just south of Teton Village in Wyoming after a crash Monday, Aug. 3 .Twelve people were hospitalized after the crash.

Hansen said authorities received a call just after 8 a.m. local time that three sightseeing balloons had gone down near the foothills of the Teton Village Resort Community, which is located about 12 miles northwest of Jackson.

Of the 36 people on board the balloons, 11 were transported to local hospitals and one was transported to a level 1 trauma center in Idaho Falls, Hansen said.

It appears the pilots experienced an unexpected downdraft of winds that forced the balloons down, Hansen said, adding that the NTSB and FAA will further investigate.

CNN has reached out to the owner of the hot air balloons, Wyoming Balloon Company, for comment.