A dog was hit by a car and peppered with shotgun pellets. Now, she's found a grateful forever family 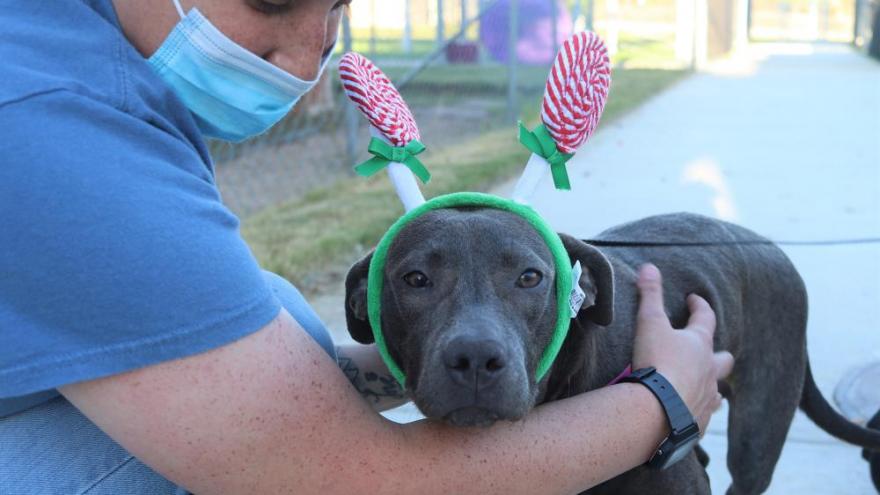 Tammi, a 9-month-old retriever, was adopted on Dec. 10 by a loving family of four.

(CNN) -- Tammi, an adorable 9-month-old retriever, arrived at the San Antonio Humane Society last month with with multiple injuries, including shotgun pellets in her body.

During an examination, veterinarians spotted 70 pellets in Tammi's X-rays while also determining the puppy had been hit by a car. Doctors immediately took her into surgery to repair a pelvic fracture caused by blunt force trauma, San Antonio Humane Society Chief Veterinarian Kristine Hawkins told CNN in a statement.

After a month of rehab in a foster home, the humane society worked around the clock to find Tammi a forever home.

Luckily, it didn't take long for the sweet pup to get adopted. On December 10, a family of four welcomed Tammi into their grieving home.

The Texas family, who wish to remain anonymous, decided to explore the idea of adopting a dog on the eve of their late son's second birthday.

Any reservations they had about the idea instantly dissolved the moment they met Tammi.

"When we saw Tammi, we were instantly drawn to her and knew she was the dog we wanted," the family told CNN in a statement. "She was shy at the shelter but as soon as she walked through our doors, she was different."

The family said Tammi has adjusted well and they are doing everything they can to help her regain her strength and mobility.

"I know it sounds silly, but we feel it was meant to be," a family member said. "Having her feels like we've brought back some of our son's sweetness into the house. I think she's enjoying us as much as we've needed her."