A disabled woman who gave birth at a Phoenix care facility was likely pregnant before, documents allege 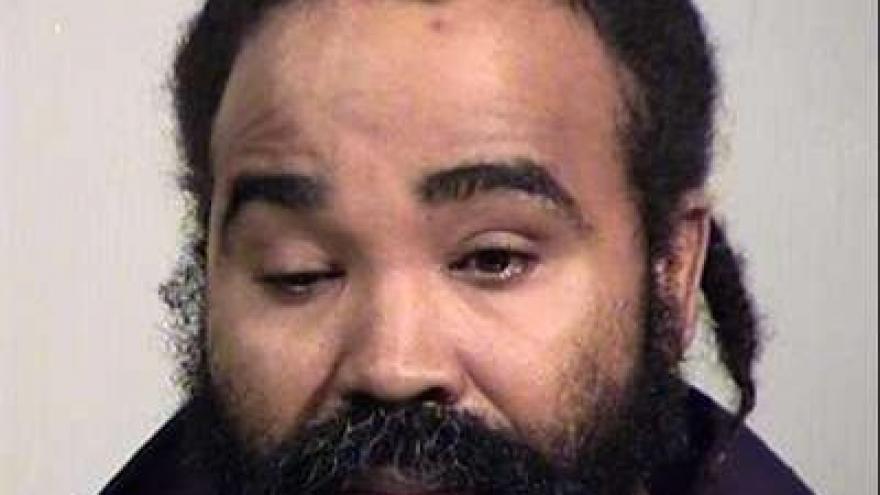 A disabled woman who gave birth at an Arizona long-term care facility had been raped repeatedly, and had likely been pregnant before, new documents allege. Authorities obtained DNA samples from male staff members and arrested licensed practical nurse Nathan Sutherland, 36, who was caring for the woman.

(CNN) -- A disabled woman who gave birth at an Arizona long-term care facility had been raped repeatedly, and had likely been pregnant before, new documents allege.

Her lawyers filed a $45 million notice of claim to Arizona on Wednesday with allegations against the state along with Hacienda HealthCare, where the woman had lived since 1992.

Authorities obtained DNA samples from male staff members and arrested licensed practical nurse Nathan Sutherland, 36, who was caring for the woman. He was charged with sexual assault and vulnerable adult abuse, and has pleaded not guilty.

In the notice of claim filed before litigation for settlement discussion, the family made a series of allegations against the state and the health care facility where the now 29-year-old woman lived.

The Maricopa County Medical Center examined the woman after she gave birth and concluded she'd been "violated repeatedly," the documents allege. Her giving birth was likely a "repeat parous event," which means she may have been pregnant before, the documents say.

From the claim, it's unclear whether she carried the previous pregnancy her family believes she had to term.

It said the woman suffered multiple sexual assaults that caused her permanent physical and emotional pain, and caused her parents significant emotional distress.

The woman has intellectual disabilities as a result of childhood seizures, and is bedridden and nonverbal. But she can move some of her extremities, respond to sound and make facial gestures, according to her family.

Her parents had previously requested that she be cared for by female employees and was assured that would happen, but it did not, the documents allege. Instead, unsupervised male caretakers, including the suspect, were allowed to go into her room, the documents say.

The documents accuse the state of being "vicariously liable for the negligence, gross negligence and medical negligence" at Hacienda.

The documents also say there are claims of negligence, gross negligence and "negligence per se" in addition to the vicarious liability. The first two claims arise from the state's "placement of the victim "at Hacienda and subsequent failure to exercise reasonable oversight" regarding her care, the documents allege.

"The unspeakable atrocities ... occurred as a result of systemic and individual misconduct and mismanagement at the Hacienda (facility) and virtually nonexistent oversight on the part of the state," the documents allege.

CNN has reached out to the Arizona Attorney General's office for comment, but has not received a response. CNN is also reaching out to Hacienda HealthCare for comment on the documents.

A spokesman for Arizona Gov. Doug Ducey said his office is reviewing the notice of claim. "The details in this matter continue to be extremely disturbing -- since day one, the governor has been clear that those responsible for this crime need to be held accountable to the fullest extent of the law," Patrick Ptak said.

After the sexual assault allegations were revealed this year, the facility said it was making changes to ensure the safety of its patients.

Among the improvements at the facility are "enhanced security," new security cameras and officers, and retraining for staff members on abuse and neglect protocols.

"Our patients, their families, our team members and the community deserve nothing less than this commitment from us," Hacienda HealthCare said.

Before the patient delivered her baby, there were 83 missed opportunities to diagnose the pregnancy, according to the documents.

"Over the past couple of days to weeks, the staff had noticed increased abdominal distention, and firmness," the documents allege.

The day she gave birth, she was "undergoing a workup for possible GI illnesses such as diverticulitis," according to the documents.

"The nurse on staff had noticed the patient no longer had abdominal distention or tenderness. An hour later, she returned to the room and lifted the sheets, and found that the baby's head had delivered," the documents say.

Her caretakers failed to detect her pregnancy despite signs such as missed periods, a "mass" in her abdomen, growing weight and swollen legs. As a result, she went through her pregnancy without any proper care and in a state of malnutrition, the documents allege.

The claim seeks a $25 million settlement for the victim and $10 million for each of her parents within two months or the lawyers will take the case to court.