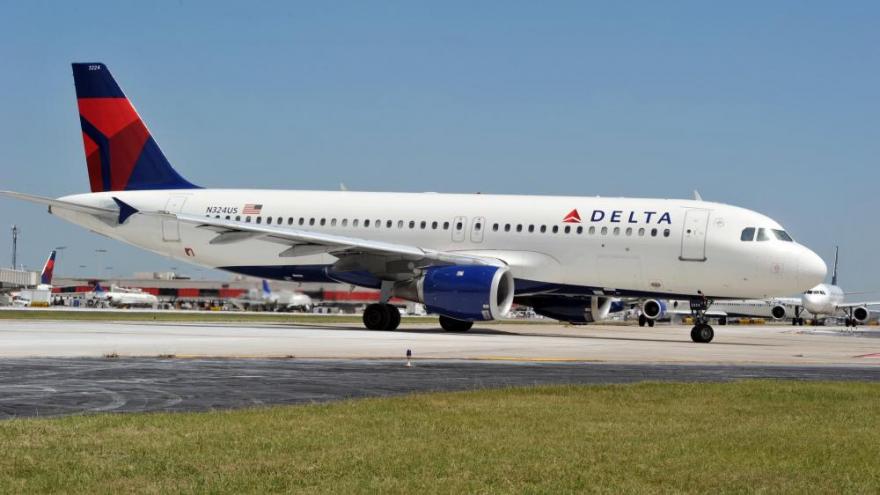 A Delta pilot was arrested Tuesday morning after an investigation by police at the Minneapolis-Saint Paul International Airport.

(CNN) -- A Delta pilot was taken off a fully boarded plane on Tuesday morning at the Minneapolis-Saint Paul International Airport and arrested on suspicion of being under the influence of alcohol, airport spokesman Patrick Hogan told CNN.

The pilot, 37-year-old Gabriel Lyle Schroeder from Rosemount, Minnesota, was arrested a little after 11 a.m. local time after an investigation was conducted by airport police, Hogan said.

Before getting on the plane, Schroeder was seen leaving a TSA screening line for crew members when he noticed there was additional screening being conducted, the spokesman said.

"The individual left the line, which drew suspicion," Hogan said. Schroeder later went back into the screening line and boarded the plane.

Authorities found a container of alcohol in Schroeder's possession once he was taken into custody. Hogan declined to provide additional details to CNN about what kind of alcohol was confiscated.

There are no formal charges against Schroeder at this time and any formal complaint is pending as investigators await toxicology results, which may take as long as a week, Hogan told CNN. Schroeder was booked and released later on Tuesday.

When reached by phone on Tuesday evening, he declined to comment to CNN.

In a statement released to CNN, Delta spokeswoman Kate Modolo confirmed the airline is working with local authorities.

"Delta's alcohol policy is among the strictest in the industry and we have no tolerance for violation. Delta is cooperating with local authorities in their investigation," the statement said.

Delta declined to provide any details to CNN concerning the pilot's employment record, and if there were any previous disciplinary issues.

When Schroeder was arrested, the plane was fully boarded but had not yet left the gate.

The passengers who had boarded the plane, Delta Flight 1728, disembarked after Schroeder was taken off the plane, Hogan said. The flight, which was due to fly from Minneapolis to San Diego, was slightly delayed.