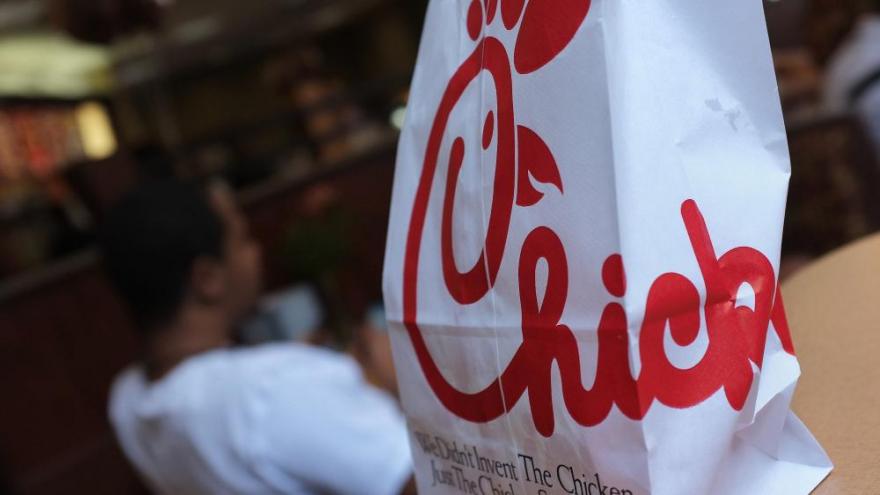 A dean at Rider University in New Jersey is stepping down from her post after the school decided to drop Chick-fil-A from a list of possible campus additions. The school's reasoning, says Dean Cynthia Newman, is an affront to her Christian beliefs.

(CNN) -- A dean at Rider University in New Jersey is stepping down from her post after the school decided to drop Chick-fil-A from a list of possible campus additions. The school's reasoning, says Dean Cynthia Newman, is an affront to her Christian beliefs.

Rider announced in November that it would no longer consider the fast food chain as a new campus restaurant option "based on the company's record widely perceived to be in opposition to the LGBTQ+ community."

The restaurant chain had previously been one of the choices included in a survey sent to students about potential restaurant vendors.

Rider is a private university offering undergraduate and graduate programs, with a student body of more than 5,000.

Administrators wrote in a campus-wide email that the move was an effort to be more inclusive and that the chain's "corporate values have not sufficiently progressed enough to align with those of Rider."

Newman, the dean of college of business administration, said in a resignation announcement shared with the university's student newspaper that the school had made a "judgmental statement about Chick-fil-A's values -- values that reflect the essence of the Christian as well as other faiths."

Newman wrote that she asked administrators to apologize for offending Christians, but ultimately decided to step down after the university stuck to its original stance.

"While we respect Dr. Newman's personal decision, we maintain that the decision about choosing an on-campus restaurant franchise was in no way a judgment on religious values," Kristine Brown, a spokeswoman for Rider University, said in a statement to CNN.

"Rather, our intention was to foster a sense of respect and belonging of all members of the campus community, including those who identify as LGBTQ+."

Chick-fil-A has faced criticism over its donations through the WinShape Foundation, a charitable organization started by Chick-fil-A founder Truett Cathy. Gay rights groups accused it of donating millions of dollars to anti-gay causes and organizations. Chick-fil-A also came under fire after its president and CEO Dan Cathy said in 2012 that the company was supportive of "the biblical definition of the family unit."

Contacted about the Rider University controversy, the restaurant told CNN:

"Chick-fil-A is a restaurant company focused on food, service and hospitality, and our restaurants and licensed locations on college campuses welcome everyone.

"We have no policy of discrimination against any group, and we do not have a political or social agenda. More than 145,000 people from different backgrounds and beliefs represent the Chick-fil-A brand."

"I would further argue that Rider's decision to not move forward with the restaurant was not an attack against your faith as you like to frame it, but rather a move to show the LGBTQ+ community on its campus that they are loved and welcomed and embraced, a move which I would argue very much aligns with the Christian values I was raised with."

While Newman will step down as dean of the college of business administration at the beginning of the next school year, Rider University confirmed that she will remain on the faculty.

"We're pleased that she will remain as a member of the faculty and also continue to play a role on the provost's leadership team as a special assistant to the provost," Brown, the Rider spokeswoman, said.

Newman said in her resignation announcement that staying on as a member of the faculty would allow her to advocate for her beliefs.

"From that position, I will be able to continue to contribute to the future success of the College and University while at the same time advocate for a campus community where truly, as our Statement of Community Values says, 'we celebrate our differences' and 'respect our common pursuit for understanding,'" Newman said.

Newman told CNN she had no further comments on her decision.