A dangerous coronavirus variant on the rise could cause outbreaks in states with low vaccination rates, expert says 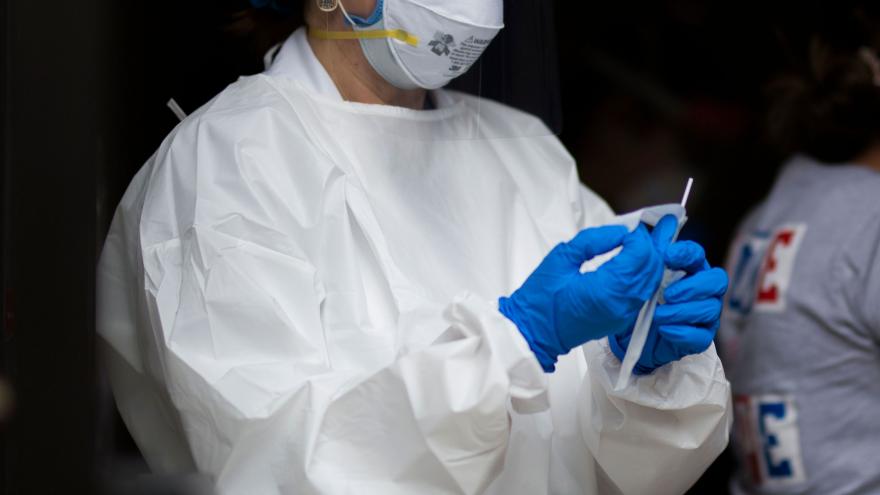 (CNN) -- The Delta variant is quickly on its way to becoming the dominant strain of coronavirus in the US, raising concerns that outbreaks could hit vulnerable communities come fall.

Currently 10% of Covid-19 cases in the US can be attributed to the variant, also called the B.1.617.2 variant, but that proportion is doubling every two weeks, said Scott Gottlieb, a former commissioner of the US Food and Drug Administration, said in a CBS interview Sunday.

He added that it probably will become the dominant strain in the US.

That may not mean a sharp uptick in infections across the country, which has administered more than 309 million doses of Covid-19 vaccine, but specific regions are at risk, he said.

For states lagging in vaccinations, the Delta variant could pose serious risk since experts believe the Delta variant is significantly more transmissible than its predecessors, Gottlieb said. The good news is that evidence shows vaccines are still effective against it.

"We have the tools to control this and defeat it, we just need to use those tools," Gottlieb said.

Heart inflammation in young people could be due to behavior, expert says

There has been a higher-than-expected number of cases of a heart ailment among young people, most often males, who've recently received their second doses of the Pfizer and Moderna Covid-19 vaccines, according to the CDC.

Gottlieb said the inflammation could be due to behavior change.

"It could be the case that as young people get vaccinated, they're going out more. They're exchanging other viruses. We're seeing outbreaks of those viruses, and we know those viruses also cause pericarditis," Gottlieb said in a CBS interview. Gottlieb cited respiratory syncytial virus, enterovirus, echoviruses and coxsackie viruses.

"It's not clear that it's the vaccine or perhaps a change in behavior, but it's certainly something we should be looking closely at, because we have to properly inform patients, if in fact this is a risk," he added.

Gottlieb said he doesn't think the cases of heart inflammation change the risk-benefit balance for the Covid-19 vaccine.

Advisers to the US Centers for Disease Control and Prevention are set to meet this week to discuss a possible link between the vaccines and the inflammatory conditions.

The CDC noted last week that the inflammatory condition is rare, and most patients who received care responded to treatment.

With vaccinations on the rise, many Americans have begun returning to some of their normal activities -- but not all of the transitions back have been going smoothly.

When an off-duty flight attendant commandeered the intercom on a Delta Air Lines flight Friday, it was one of many recent incidents of unruly behavior on flights. These incidents have been picking up since more people have begun traveling in the wake of lifting restrictions.

The Federal Aviation Administration has received 2,900 reports of unruly behavior this year, about 2,200 of which were related to mask violations, a spokesperson for the agency said.

The US Travel Association estimates that 77% of Americans will take at least one trip this summer up from 29% last summer in the midst of Covid-19 lock downs. And for air travel, there will likely be a 44% increase.

"People have been wanting to get out. They have been told this mask issue is a political decision rather than a public health necessity," international president of the Association of Flight Attendants Sara Nelson told CNN. "It is causing incredible conflict because people have been set up to believe they are at odds with each other."