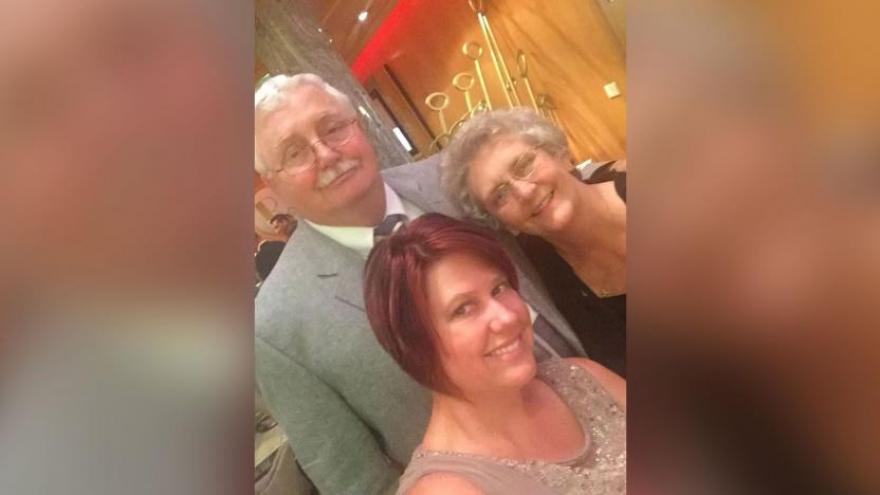 The Bowens with their daughter, Karen Kirby.

(CNN) -- In early November, Wilma Gail Bowen and Willard Bowen mourned the loss of Willard's mother, who had died from dementia and Covid-19 complications. Three weeks later, on Thanksgiving Day, the Georgia couple died of Covid-19, just hours apart from each other.

The couple, who had known each other since high school and celebrated their 50th wedding anniversary in September, likely caught the virus visiting Willard's mother, said the couple's daughter, Karen Kirby.

The couple spent a little over a week in the hospital in the intensive care unit. Once Wilma realized her husband might not ever get to return home, her daughter said her condition immediately worsened.

"I honestly think she knew she couldn't live life without him," Kirby said. "They were just so in touch and in tune with each other."

Originally in adjacent rooms, the couple was so worried about one another that a nurse sought permission to treat them both in the same room, a rarity in the ICU.

"She got special permission to take care of them together so they would not have to be apart," Kirby said. "Their job is hell right now and I know that, but they helped to make my closure just a little bit better."

The couple had deep ties to their community in Paulding County, a once rural area that is now one of Atlanta's suburbs.

Wilma, despite being 70 years old, was a school nurse in Paulding County, foregoing retirement to spend more time caring for the students she lovingly referred to as "her kids."

"Other school nurses said, 'Your mom works circles around us even though she's older than we are,'" Kirby said.

Willard, 73, was an avid antique collector, known around town as the neighborhood antique dealer, always looking to repurpose. Before the couple contracted the virus, they had sold their house and were planning on moving into a new home. When their daughter's "village" of friends were packing up the old house, people immediately recognized items Willard bought from their garage sales.

Though the couple never got to move into their new home, Kirby said she's grateful her friends were there to help her with the move.

"That was God's way of not making me dwell on all of those things," she said

Paulding County has suffered multiple coronavirus outbreaks, prompting on and off school closures. In a letter sent to the school community last week, one of the county's elementary schools announced a switch to remote learning after "a large number" of staff and student quarantines. The school district did not respond to requests for comment.

Having lost her grandmother and her parents in a month, Kirby is now urging people to understand the severity of the pandemic, and to reach out to loved ones accordingly.

"I had no inkling two weeks ago that I would be burying my parents. I just want people to take the time to reach out and love one another," she said. "That's what Mama and Daddy would've done."