A couple called 911, thinking an intruder had entered their home. It was actually their robotic vacuum 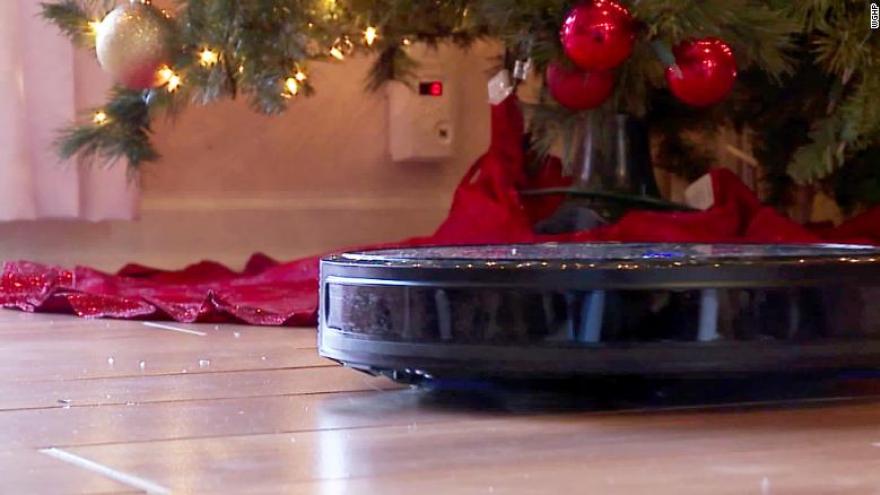 Eddie Gallagher's war crimes case gained national attention after President Donald Trump controversially intervened on his behalf, ignoring Pentagon leaders who had told the President such a move could damage the integrity of the military judicial system.

(CNN) -- A North Carolina couple was watching a movie in their bedroom when they suddenly heard loud noises coming from downstairs. Worried that it was an intruder, the two called 911.

The couple waited for police to arrive, hoping their 2-year-old daughter sleeping in her room wouldn't get up to check on the noise, said Thomas Milam, the husband, in his Facebook post shared to Forsyth County Sheriff's Office's page.

Milam was armed and prepared to use his military training if things took a turn for the worse.

"All my military training came back to me," he said in the post. "I started analyzing the path the intruder would take, their line of fire if they entered the room in certain ways, and where we should be to decrease our risk of getting hurt."

Minutes after they called 911, police entered the home and began to search for an intruder. When the 911 operator told Milam to go downstairs to talk to the police, he said, the officers just had one question.

"Is this Roomba yours?"

Milam said in the Facebook post that the vacuum had turned itself on in the night and gotten stuck in the hallway, where it had been repeatedly banging against the walls and making the sounds the Milams feared was an intruder.

The Milams were embarrassed but grateful

Milam said that while they were embarrassed by the comical false alarm, they are thankful for the police officers' quick response and good humor.

In honor of the ridiculousness of the event, the Milams have named the vacuum Harry after the "sticky bandit" from the movie "Home Alone 2," he said.

"Thank you to the Sheriff's office for saving us from Harry," he said in the post. "At least we know your response time is lightning fast. We love and appreciate you, and have the utmost respect for what you do. Though this was embarrassing for us, it also warmed our hearts that you had such great attitudes about it and were there to help so quickly."

The Sheriff's Office thanks the Milams, as well

There's gratitude all around following the false alarm, as the Forsyth County Sheriff's Office expressed their thanks to the Milams for being in such good humor and for their kind message to the officers.

Christina Cooley Howell, a spokeswoman for the Sherriff's Office, told CNN that officers often interact with people in stressful situations, so it's nice to hear that the Milams had a positive experience that they wanted to share.

"We often interact with our community members on their worst days," she told CNN. "We were so thankful this turned out to be a false alarm, but even more thankful that the homeowner was intentional about sharing his perspective of the experience with us and with the public."

For Howell and the officers, the Milam's effort to share his experience with them is particularly important.

"The homeowner taking the time to share his story -- and his appreciation for us -- just reminds us that we are lucky to not only serve but to be a part of the Forsyth County family."