A couple alleges they were kicked off a flight because of their religion. American Airlines claims it was their body odor 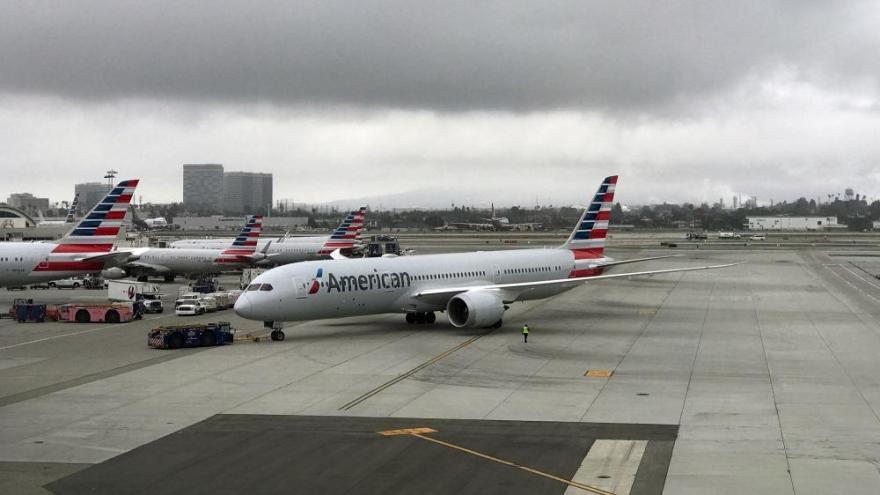 A couple is accusing the airline of discriminating against them because of their religion and defaming them.

(CNN) -- A Michigan couple is suing American Airlines for discrimination, alleging in a lawsuit that an airline agent kicked them off a flight for what the employee said was "extremely offensive body odor" and told them he knew that "Orthodox Jews take baths once a week."

Yehuda Yosef Adler and Jennie Adler say in the lawsuit they do not have offensive body odor. They are accusing the airline of discriminating against them because of their religion and defaming them, and say that they experienced embarrassment and humiliation and defamation because of the incident last year.

In January 2019, the couple, along with their 19-month-old daughter, boarded an American Airlines flight from Miami to Detroit. Within five minutes of taking their seats, the couple was approached by an agent who told them that they needed to deplane because there was an emergency, according to a lawsuit filed January 28 with the District Court for the Southern District of Texas.

The agent responded by saying he knew that Orthodox Jews take baths once a week, according to the lawsuit.

The Adlers said they were distraught and that despite their embarrassment, they approached more than 20 people in the boarding area to ask if they could detect an unpleasant body odor from the family, the lawsuit said.

"Each and every person ... answered in the negative," according to the lawsuit.

And despite multiple pleas to re-board, the couple said the plane took off without them, leaving them without their luggage, their child's car seat, stroller and diapers. The Adlers claimed that they were not able to get on another flight to their destination until the next day.

"At that point the Adlers were confused, deeply humiliated, disrespected, lost, perplexed, and at a complete loss. They were utterly puzzled," the lawsuit reads. "The Adlers were being discriminated against because of their race, religion and nationality."

American Airlines says religion was not a factor

American Airlines denies the incident had anything to do with the couple's religion.

"The Adler family was asked to deplane after multiple passengers and our crew members complained about Mr. Adler's body odor," the company said Friday in a statement to CNN.

"The decision was made out of concern for the comfort of our other passengers. Our team members took care of the family and provided hotel accommodations and meals, and re-booked them on a flight to Detroit the next morning. None of the decisions made by our team in handling this sensitive situation were based on the Adlers' religion."

They also said in the lawsuit that the pilot was rude to them as soon as they boarded the plane.

When Yehuda Yosef Adler boarded, he said he asked the flight attendant for headphones, the lawsuit said. The crew on the flight they had been on the previous day told them that anytime they needed anything, including headphones, they should feel free to ask, according to the lawsuit.

But the pilot, who overheard the request, responded, "I wasn't on that plane and we don't offer anything complimentary," Adler alleges in the lawsuit.

The lawsuit also says the couple was defamed

In addition to the allegations of discrimination, the lawsuit accuses American Airlines of defamation, saying American's statements about the couple's body odor to several news outlets were humiliating and false.