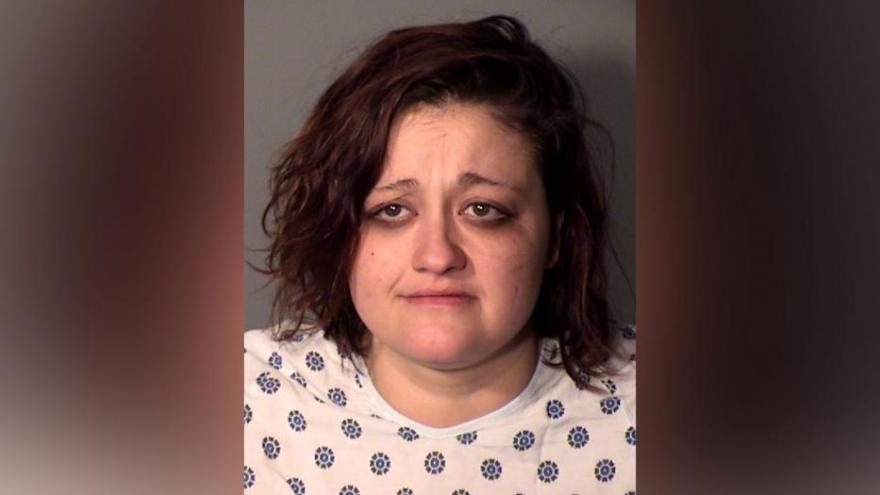 Tiffany Farrauto, 33, of New London, faces charges in the death of her 4-year-old son.

(CNN) -- A Connecticut woman is facing murder charges in the death of her 4-year-old son after he was found dead in their apartment Sunday morning, according to police.

Tiffany Farrauto, 33, of New London, was arrested after police officers responded to a call about a woman striking a vehicle with a bat, New London Police Chief Peter Reichard said during a news conference Sunday.

Officers received a call shortly before 6:30 a.m. and found Farrauto smashing a car. When they approached her, she indicated that she had harmed her son and he was in their apartment, according to Reichard.

The child was found in the apartment and appeared to be in medical distress. Officers started CPR before the boy was transported to an area hospital where he was pronounced dead, Reichard said as he held back tears.

"I talked to the officers first arrived at the scene. They were choked up ... a couple of them have children the same age, and it hits home, it hits you right in the guts," the chief said.

"I then proceeded to the emergency room myself where several more my officers and the entire emergency room staff were there. It hits home with them too and they do these things every day. It's not easy."

Police are not identifying the child because they have not yet gotten in touch with his father or paternal family, the chief said.

"It's been a tough day in the city, we've lost a small child to violence," New London Mayor Michael Passero said during the news conference. "Our community is hurting. We really are just one big family. We all share in a loss like this."

The mayor thanked the first responders and said that there would be counseling services available to them following the incident.

Farrauto was undergoing DNA testing at a hospital and will be charged with murder and risk of injury to a minor, Reichard said. She was held on a $1 million bond and appeared before a judge Monday.

One of her attorneys, Kevin Barrs of the New London Public Defender's Office, confirmed to CNN that a motion for incompetence to stand trial had been filed on Farrauto's behalf and that the court had ordered a mental evaluation. Barrs had no further comment on the case. The court is scheduled to reconvene on March 22.