A Connecticut inmate killed himself with a mask meant to prevent the spread of Covid-19, officials say 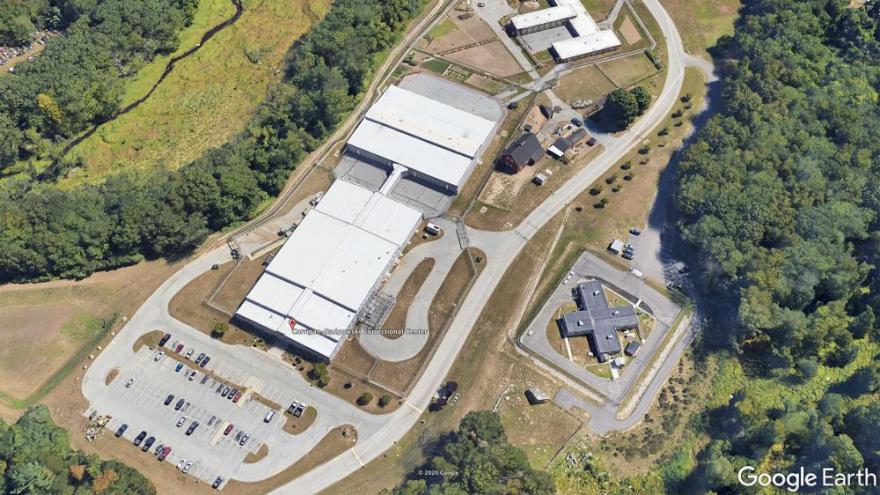 Inmate Daniel Ocasio died after he was found by a correctional officer at the Corrigan-Radgowski Correctional Center in Montville, Connecticut, seen here.

(CNN) -- An inmate at a Connecticut prison was confirmed dead this week after he was found with a cloth mask intended to prevent the spread of Covid-19 tied around his neck, according to the state Department of Correction.

The inmate's death has been ruled a suicide, the Office of the Chief Medical Examiner told CNN.

Daniel Ocasio, 32, was found just after 5 a.m. Wednesday at the Corrigan-Radgowski Correctional Center in Montville, Connecticut, with a ligature tied around his neck, DOC spokesman Andrius Banevicius said in a statement sent to CNN.

"The ligature was made from the cloth mask issued to the offender population to prevent the spread of the novel coronavirus," the statement said. Staff attempted to provide medical aid and called 911, the DOC said. Ocasio was taken to a local hospital where he was pronounced dead.

His death is under investigation by the DOC's Security Division and the Connecticut State Police, Banevicius said.

Ocasio, from Windsor, Connecticut, had been at the facility in the Uncasville area of Montville since August 5 on a charge of third-degree burglary, according to the DOC. He was being held on a bond of $10,000.

His death comes at a time when prison reform advocates are raising the alarm about the risks inmates face amid the coronavirus pandemic. Prisons and jails have become hotbeds for the virus and clusters have been reported in correctional facilities across the country.

More than 1,300 inmates in Connecticut prisons have tested positive for Covid-19, according to the Department of Corrections. At least seven have died.

In response to Ocasio's death, the American Civil Liberties Union of Connecticut called on the Department of Corrections to complete a "full investigation," saying it's the department's "constitutional and moral responsibility" to keep inmates safe.

"Daniel Ocasio should still be alive today, and the DOC had a duty to prevent his death," ACLU of Connecticut Executive Director David McGuire said in a statement Friday.

Asked about the ACLU's statement, DOC spokesman Banevicius said that the department's investigation is ongoing and declined further comment until it was complete.

"However, it is saddening and unfortunate when anyone makes the conscious decision to take their own life," he said.