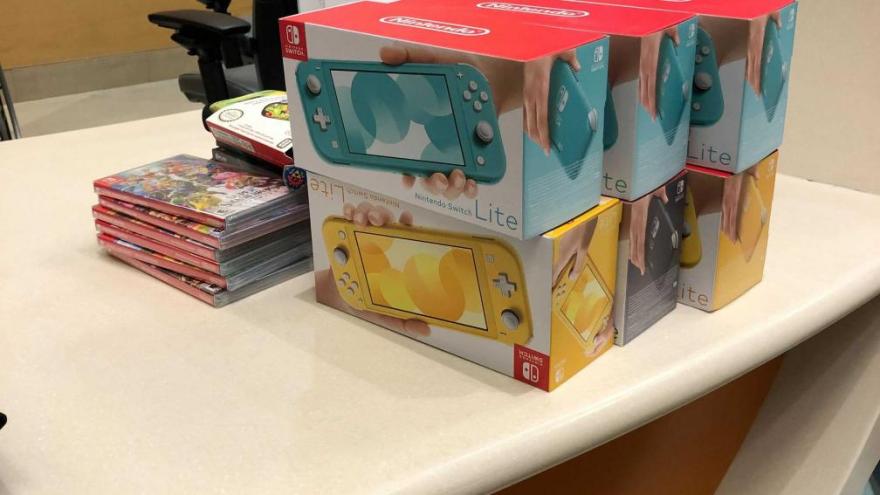 (CNN) -- After making thousands off GameStop stock last week, a 20-year-old college student used his newfound riches to pay it forward to a local children's hospital.

GameStop shares have jumped 1,625% in the past month. The soaring percentages are mostly due to a group of investors on Reddit, who are buying the stock in a movement to hurt short sellers and hedge funds that bet on the stock to go down.

Kahn, who lives in Stillwater, Minnesota, said he participated in purchasing GameStop stock to join the movement to prove "the big boys on Wall Street" wrong. But, he said, donating a portion of his new fortune toward helping kids at the hospital felt better than waking up to any monetary gain.

"As a beneficiary of the recent events on Wall Street I think it is important that myself and others pay forward our good fortune," Kahn wrote in an Instagram post. "These events have highlighted a lot of corruption and with this transfer of power it is important that we don't become men in suits ourselves."

"We're so grateful for this generous donation that will help bring joy to kids at our hospitals, especially during these challenging times," Jennifer Soderholm, president of Children's Minnesota Foundation, said in an email statement to CNN. "It's inspiring to see young people in our community choosing to give back and pay it forward."

The hospital said patients are already using the donations.

"There's no group of people more deserving of receiving a bunch of video games than some kids going through a hard time," Kahn told CNN.

After Kahn shared a photo of his donation on the Reddit page WallStreetBets, many in the online day trading community praised him. He garnered more than 179,000 upvotes on his post. One user lauded his actions, calling him "The real Robinhood."

Kahn said he encourages others who have profited from the movement to continue to use their good fortunes to pay it forward.

He is still holding on to the original 50 shares that he bought at $30, and said he plans to use the rest of his earnings toward paying off his college tuition.