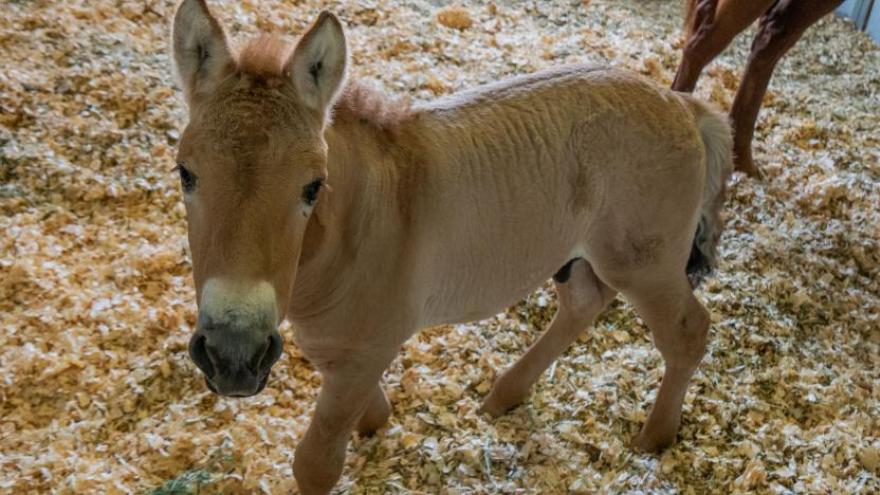 (CNN) -- A cloned colt born at a Texas veterinary facility could revive the endangered Przewalski's horse.

The colt is a clone of a male Przewalski's horse and the first successful cloning of the species, San Diego Zoo officials said in a news release on September 4. It was born August 6 to a domestic surrogate mother.

Przewalski's horse are known as the last wild horse, according to the National Zoo. They were originally native to Europe and Asia, but the expansion of humans and environmental changes depleted their numbers.

Scientists said that the horse was formally extinct in the wild, and has been surviving for the last 40 years primarily in zoos. Some herds have been found in Mongolia.

"Advanced reproductive technologies, including cloning, can save species by allowing us to restore genetic diversity that would have otherwise been lost to time."

The DNA used for the colt was cryopreserved in 1980 at the San Diego Zoo Global (SDZG) Frozen Zoo. The cloned stallion was born in 1975 in the United Kingdom and was transferred to the US in 1978. The zoo said he lived until 1998.

"As the new clone matures and successfully breeds, he can provide a valuable infusion of genetic diversity for the Przewalski's horse population," the news release said.

The baby horse was named "Kurt," in honor of Kurt Benirschke, who was instrumental in founding the Frozen Zoo and the conservation research program at San Diego Zoo Global.

Kurt will be moved to the San Diego Zoo Safari Park when he is older to be integrated into a breeding species.

"This colt is expected to be one of the most genetically important individuals of his species," said Bob Wiese, chief life sciences officer at San Diego Zoo Global.

"We are hopeful that he will bring back genetic variation important for the future of the Przewalski's horse population."