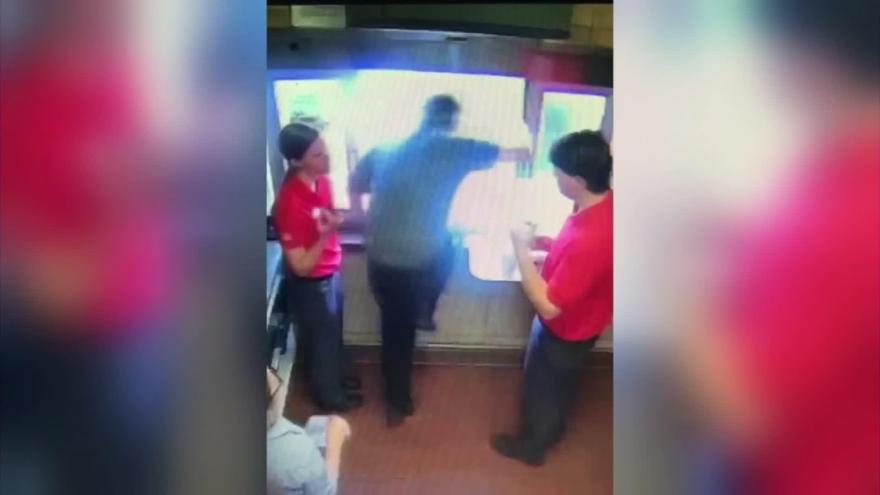 Saving lives is not part of the Chick-fil-A job description. But that didn't stop one Georgia teen when he saw a 6-year-old boy choking in the drive-thru this week.

(CNN) -- Saving lives is not part of the Chick-fil-A job description. But that didn't stop one Georgia teen when he saw a 6-year-old boy choking in the drive-thru this week.

Now, manager Logan Simmons is being called a hero -- and rightfully so.

Surveillance video from the Flowery Branch Chick-fil-A shows Simmons, 19, climbing through the window and running to the car where the boy was in the back seat.

Simmons said that once he got to the car, he saw that the boy's seat belt was tangled around his neck. Simmons used his pocketknife to cut the boy free, saving his life.

"I'm just so thankful everyone is okay," Simmons said in a statement provided by the restaurant chain. "As soon as I realized what was going on, all I could think about was getting to the car as quickly as possible, so I jumped through the window. I'm still a little shocked by what happened but am grateful I was able to help."

He told CNN that he has received an outpouring of support from the community.

"Everyone's been cheering and shouting my name and asking me to come sit with them and stuff," Simmons said Friday. He added that people have been making special trips to the local Chick-fil-A just to talk to him while he's at work.

And no, he said, Chick-fil-A did not formally train him how to save anyone's life. He said he thinks he can handle a high amount of stress, and in the moment, his instincts kicked in and spurred him to action.