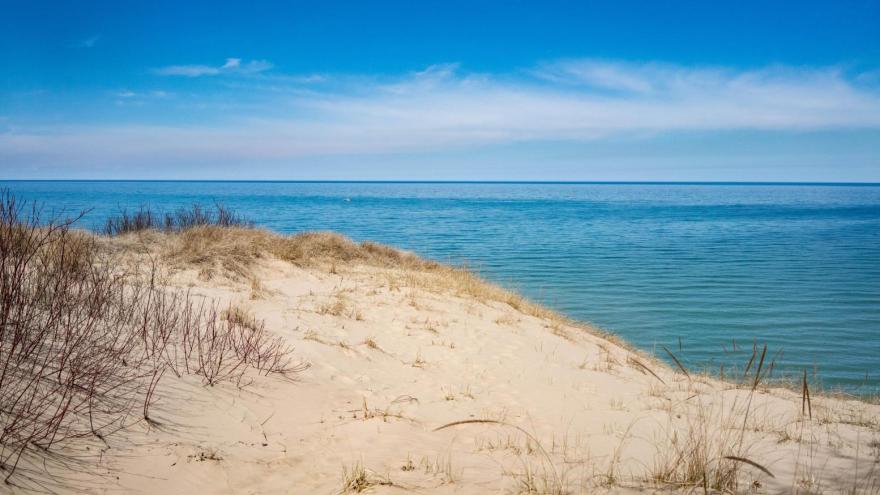 The National Park Service has closed several portions of Indiana Dunes National Park after a chemical spill killed hundreds of fish in the area, according to a statement by Portage, Indiana, a nearby city.

(CNN) -- The National Park Service has closed several portions of Indiana Dunes National Park after a chemical spill killed hundreds of fish in the area, according to a statement by Portage, Indiana, a nearby city.

The spill occurred last week at the east branch of the Little Calumet River, about three miles upstream from Lake Michigan, Indiana Dunes National Park confirmed in a statement. The National Park Service has closed the Portage Lakefront, the Riverwalk beach area and waters out to 300 feet.

The company responsible is ArcelorMittal, a steel and mining company headquartered in Luxembourg. In a statement released Friday, the company said the incident was due to a failure in a blast furnace water recirculation system at its steelmaking plant in nearby Burns Harbor.

The accident released wastewater containing high levels of ammonia and cyanide into the river. The company called it an isolated event.

"ArcelorMittal apologizes and accepts responsibility for the incident from the Burns Harbor facility. We are working closely with state and federal regulatory agencies to address the situation and to prevent its reoccurrence," the statement read.

Tim McNicholas, a reporter with CNN affiliate WBBM, posted photos on Twitter that showed dead fish floating in the waters of a marina in Portage.

"It's just horrible -- all these dead animals in here; all these dead fish. It's so sad," resident Angela Talmadge told WBBM. "A lot of people use this waterway, you know, to go out to the lake."

Barb Lusco, a harbormaster at the marina in Portage, expressed similar disgust.

"The odor is unbelievably bad because they decay pretty quickly," he told CNN affiliate WLS. "So the odor is just awful. You can't stand it."

ArcelorMittal said its Burns Harbor facility is allowed to discharge wastewater containing low levels of the chemicals, but the failure "caused the facility to exceed applicable limits." The system has since been fixed and normal operations have resumed, the company said.

John Cannon, mayor of Portage, said in a statement posted to Facebook that he partly blamed Indiana Department of Environmental Management for not alerting the city about the spill until Thursday, three days after IDEM knew of the environmental concerns.

"The Mayor is calling for action to be taken. Further, the City of Portage will be taking aggressive action with the EPA to ensure the breakdown of communication, like this, does not occur again," he said in a statement.

Residents have been advised to avoid eating the fish from the affected area.