A charging moose injured two adults and their dog near Boulder, Colorado 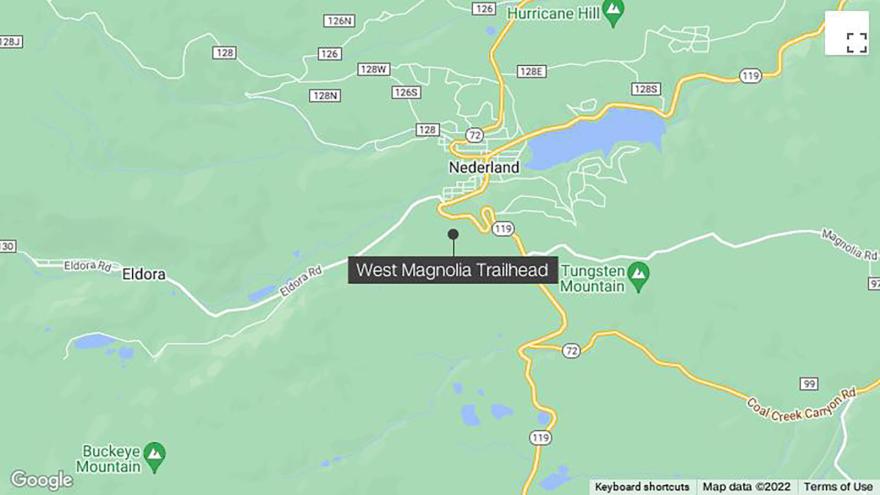 (CNN) -- Two adults and their dog were injured after being charged by a moose near Boulder, Colorado, on Wednesday morning, according to a release from the Boulder County Sheriff's Office.

Just before 8:00 a.m. local time, the Boulder County Communications Center received a call about someone who was injured after being charged by a moose near the West Magnolia Trailhead, the release said. The trailhead, which is a US Forest Service property, is located near the town of Nederland in Boulder County, around 16 miles west of Boulder.

The female moose -- called a cow moose -- had charged at a 31-year old man, a woman and their dog, according to the release. The man sustained serious bodily injury while the woman sustained minor injuries. Their dog was also injured.

A responding Boulder County Sheriff's Office deputy found the moose while searching for the injured people, who were yelling for help. He fired bean bag rounds in an attempt to scare the moose, and the moose ran off, the sheriff's office said.

While the deputy was assisting the two injured people, the moose returned and the deputy fired a warning shot. The moose then left the area a second time.

But the moose returned a third time as the deputy and medics were evacuating the seriously injured man to the trailhead. The cow moose continued to charge at people, leading the deputy to discharge his weapon and kill the moose, the sheriff's office said.

Wildlife officers from Colorado Parks and Wildlife will be investigating the circumstances around the incident, the release said.

This is the third known moose attack on a human in Colorado this year, following an attack in Breckenridge on May 26 and Grand Lake on May 31, according to the sheriff's office. The two previous attacks involved cow moose protecting their nearby calves.

Colorado is home to around 3,000 moose, according to Colorado Parks and Wildlife (CPW). The massive animals can reach up to 1,200 pounds in weight and stand 6 feet tall at the shoulder. Moose typically give birth in May and June -- and female moose are extremely defensive of their young, says CPW.

Several moose attacks on humans have also been triggered by dogs, as moose react to dogs the same as they would to attacking wolves, according to CPW.