A Catholic school removes 'Harry Potter' from its shelves, claiming the books' spells are real 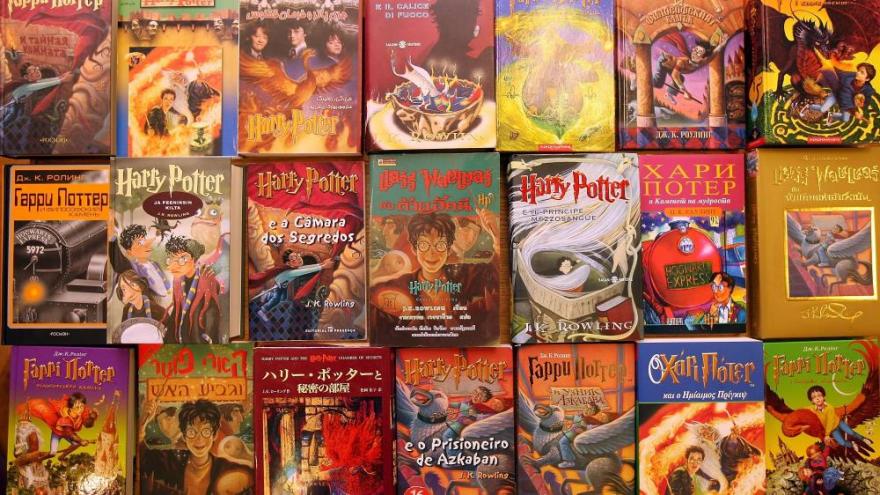 A Catholic school in Nashville is receiving a lot of what a school leader called "undesired attention" over a decision to remove the "Harry Potter" book series from its shelves.

(CNN) -- A Catholic school in Nashville is receiving a lot of what a school leader called "undesired attention" over a decision to remove the "Harry Potter" book series from its shelves.

On August 28, Rev. Dan Reehil, the pastor of St. Edward Catholic School, sent an e-mail to school staff explaining his reasoning for removing the books from the school's library.

"These books present magic as both good and evil, which is not true," his letter reads. "The curses and spells used in the books are actual curses and spells; which when read by a human being risk conjuring evil spirits into the presence of the person reading the texts."

Reehil goes on to say he consulted with exorcists and the Catechism of the Catholic Church -- considered the ultimate summary of the Catholic doctrine -- before making the decision.

While the curses and spells claim is probably the most attention-getting part of Reehil's explanation, he also raises other philosophical points, saying the books' protagonists "promote a Machiavellian approach to achieving the ends they desire."

CNN called St. Edward Catholic School to request comment, but could not reach anyone.

The K-8th grade school belongs to the Roman Catholic Diocese of Nashville.

Rick Musacchio, director of communications for the diocese, told CNN that Reehill's role as pastor of a diocesan school gives him a "range of canonical roles" which he can address.

In other words, his decisions do not necessarily have to be approved or explicitly supported by the Diocese, within reason. Musacchio also confirmed the e-mail from Reehil, originally obtained by The Tennessean, was authentic.

The school says it's not a ban

After the school's decision started to gain attention, the Diocese's Superintendent of Schools Rebecca Hammel sent an e-mail to school staff clarifying the scope of the "Harry Potter" purge.

In a copy of the letter provided to CNN, Hammel expressed regret that the decision had brought the school "undesired attention." She also clarified the school is not enacting a ban: The series was never part of the school's curriculum, and students can still read the books on school grounds.

She said the decision to remove the books was part of a larger project of moving the library from one location to another, in which the school's catalogue was reorganized and some materials were removed due to "age-appropriateness" or "poor circulation."

"Over the years this series has received attention over its presentation of magic and witchcraft," Hammel wrote.

"While the Catholic Church has expressed no formal position on the books and related movies, many voices in the Church, even at higher levels, have expressed that the subject matter may be appropriate when due consideration is given to the maturity of the reader. We leave these decisions to you as your children's primary educator."

Since its release in 1997, the "Harry Potter" book series has been the subject of international religious debate because of its alleged presentation of mysticism, the occult and other themes that some say run counter to the tenants of Christianity and Islam. In 2006, the series topped the American Library Association's list of most-challenged books of the 21st century.