California woman spent 13 days in jail after being mistaken for another person with the same name, according to lawsuit against city of LA 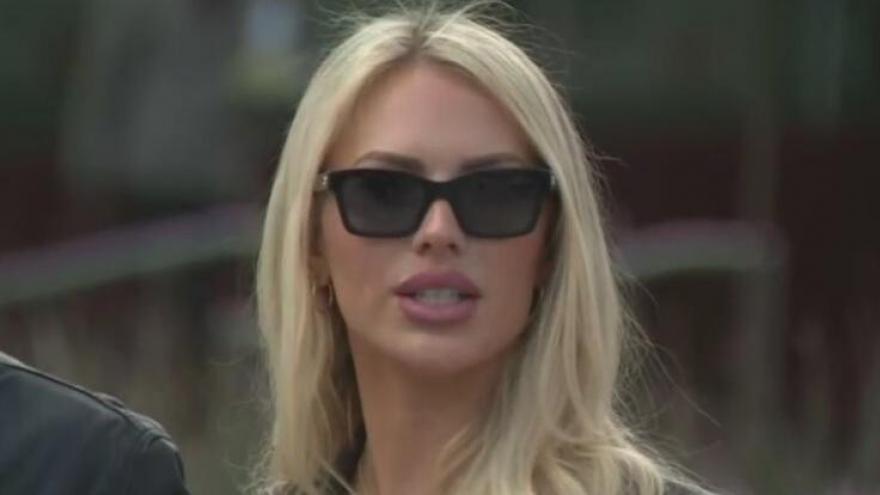 Bethan K. Farber recounted what happened to her while being detained for 13 days.

(CNN) -- A California woman was headed for a trip to Mexico but instead spent 13 days in a Los Angeles jail after police mistook her for another person with the same name, according to allegations in a lawsuit filed Tuesday.

Last April, she was waiting to board her flight to Mexico at the Los Angeles International Airport when she was stopped by the Transportation Security Administration, according to the lawsuit.

"TSA comes and says that she ?has a warrant for her arrest out in Texas. Ms. Farber, this Bethany Farber, has never been to Texas," her lawyer Rodney Diggs said at a Tuesday news conference.

Farber was taken to a private room at the airport, interrogated and then later arrested and booked into jail, the suit states.

"At the time Ms. Farber was booked, the police do nothing to confirm whether or not this Bethany Farber is that Bethany Farber," said Diggs. He shared photos of his client and the person he alleged has the same name and was being sought by police at the time. CNN has not been able to reach that person for comment, and is therefore not showing her picture.

The LA Police Department "could have checked the fingerprints, her birthdate, social security number, or even a photo. They did none of that," Diggs said.

Farber "repeatedly" asked officers to double check her identity, she said on Tuesday, but "they completely blew me off."

She is suing for violations of her civil rights, emotional distress and negligence, among other claims. She is seeking compensatory and punitive damages.

The Los Angeles City Attorney's Office said in an email to CNN that it will review the complaint and has no further comment at this time. CNN is seeking comment from the LAPD and TSA.

Farber was being held without bail, according to Diggs, and her family had to help their daughter get out of jail.

Assistant District Attorney Olivia Neu, from Cooke County Texas, said in a phone interview with CNN that the mother of the Bethany Farber who was arrested in Los Angeles cleared up the confusion between the women.

Farber's mother sent Neu a photograph and information, saying that authorities had taken the wrong person into custody, Neu said.

"I was able to compare that photograph to the surveillance video that we have from the office to determine that that, in fact was the incorrect Bethany Farber, so we immediately dismissed that case and notified the jail to have her released," she told CNN. Law enforcement are still seeking another person by the same name, and there is a criminal mischief warrant for that woman's arrest, according to Neu.

Farber's lawyers say their client was not immediately released from jail in Los Angeles. "City Defendants had no reason to keep Plaintiff at Lynwood Women's Jail but held her there for an additional three days," according to the filing.

Farber said that her grandmother had a stress-induced stroke and died shortly after Farber was released. "I believe that I would have had more time with her if this situation didn't happen," she said.

"This was an experience that no one should go through, especially a law-abiding citizen," said Farber, who is an aesthetician.

"This is causing me a lot of distress in my life, a lot of anxiety, it has set me back financially, it impacted my business, and there's a lot of people out there who this is happening to that don't have anyone advocating for them," she added. "Every day that they're in jail, wrongfully, their lives are being dismantled, being away from their jobs and family."