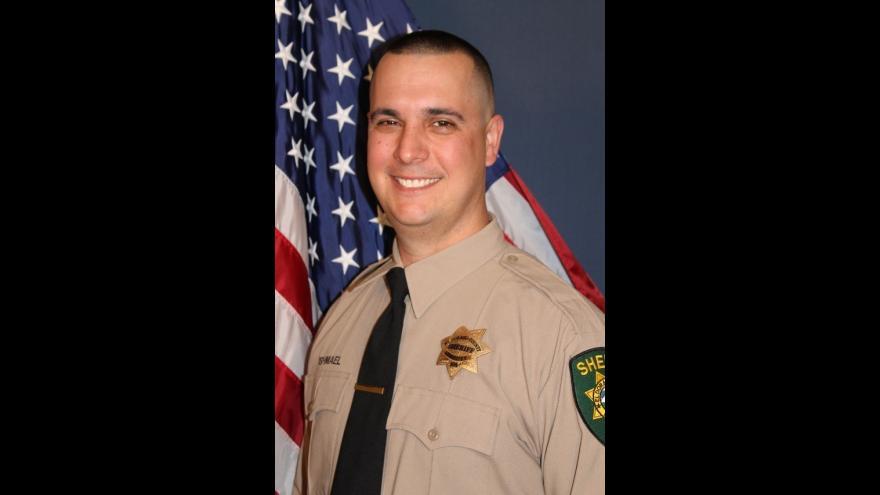 Deputy Brian Ishmael killed while responding to a call in Somerset, CA.

(CNN) -- A California sheriff's deputy responding to a report of marijuana theft was shot and killed Wednesday, authorities said.

"Early this morning we lost one of our heroes," El Dorado County Sheriff John D'Agostini said.

Deputy Brian Ishmael "immediately came under fire" while responding to the call at a residence in Somerset, the sheriff's office said.

An off-duty San Joaquin County sheriff's deputy was on a ride-along with Ishmael and returned fire from the patrol car.

"He did his best to save Brian," Sheriff D'Agostini said.

The San Joaquin deputy was shot and hospitalized but was later released.

D'Agostini said two men are now in custody, including one who was shot in the melee. The sheriff said he did not know whether there are any other suspects.

Deputy Ishmael was a four-year veteran of the El Dorado County Sheriff's Office and previously worked at the nearby Placerville Police Department.

Ishmael is survived by a wife and three children.

In honor of the slain deputy, flags at all California state buildings will fly at half-staff, Gov. Gavin Newsom's office said.