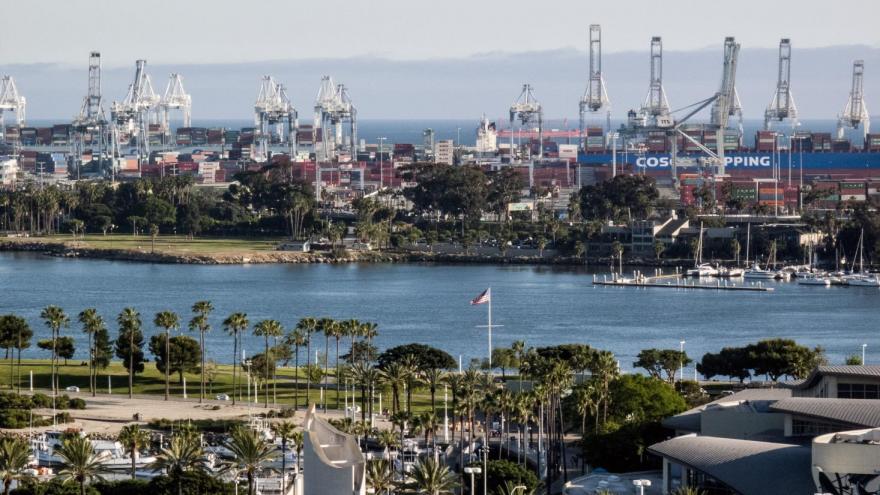 The California father whose two autistic sons died after he drove off a wharf in the Port of Los Angeles has been charged with capital murder, the Los Angeles County District Attorney's Office announced.

(CNN) -- The California father whose two sons with autism died after he drove off a wharf in the Port of Los Angeles has been charged with capital murder, the Los Angeles County District Attorney's Office announced.

Ali Elmezayen, 45, of Hawthorne, California, was charged Wednesday with two counts of murder and one count of attempted murder, the DA's office said.

On April 9, 2015, Elmezayen drove a vehicle -- with his wife and two sons inside -- off the LA port into San Pedro Bay. The defendant escaped the submerged car through his open window. His wife, Rabab Diab, could not swim but survived when a nearby fisherman threw her a life preserver. The couple's sons, 13-year-old Elhassan and 8-year-old Abdelkrim, drowned, according to the US Attorney's Office of the Central District of California.

Court documents describe the two sons as "suffer[ing] from severe autism." Elmezayen and Diab also have a third son, Elhussein. He "was also diagnosed with autism but was high functioning" and "was away at an overnight camp through his high school" when the family car plummeted into the water, according to the legal documents.

When questioned following the incident, Elmezayen told police that he may have accidentally pressed the accelerator or that he may have passed out as a result of medication he took two days earlier related to his medical condition, Thalassemia Minor, according to official testimony cited in the case. (Some patients with this inherited blood disorder that causes fatigue are treated with deferasirox, a medicine known to cause side effects, though fainting is not a common one.)

About a year later, in May 2016, Elmezayen and Diab filed a lawsuit against the city of Los Angeles and several government entities, according to CNN affiliate KCAL-TV.

The suit, filed in Los Angeles Superior Court, sought unspecified damages on allegations of wrongful death, dangerous condition of a public property, and negligence, among other charges, KCAL-TV reported. The lawsuit also made allegations against the car manufacturer and an auto maintenance store. The court ruled in favor of the defendants in October, a later statement from the court noted.

In November 2018, Elmezayen was arrested by the FBI and charged with four counts of mail fraud, four counts of wire fraud, one count of aggravated identity theft (for posing as his wife in calls to the insurance companies) and five counts of money laundering, according to the US Attorney's Office of the Central District of California. The district attorney's office alleges that Elmezayen had schemed to collect proceeds of life insurance policies he had purchased on the lives of his wife and sons.

Elmezayen allegedly purchased several life and accidental death insurance policies providing coverage on himself, his wife and their three children in 2012 and 2013, according to the grand jury indictment, which also claims that Elmezayen collected more than $260,000 from accidental death insurance policies he had taken out on the children's lives.

"This case alleges a calculated and cold-hearted scheme to profit off the deaths of two helpless children," US Attorney Nick Hanna said in a statement. "The alleged conduct shocks the conscience, and we will use every tool available to us to ensure that justice is done."

He could face the death penalty if convicted

Currently, Elmezayen is in federal custody on the insurance fraud charges and his trial is scheduled to begin on September 3. Once that case is completed, he will be tried on the murder charges with the special circumstance allegations that the crimes were carried out for financial gain.

If convicted, he faces a possible maximum sentence of life in state prison without the possibility of parole or death. A decision on whether to seek the death penalty will be made at a later date, according to the DA's office.

The district attorney's office, which declined a previous case against Elmezayen in December 2017, would not comment on the new charges against the defendant.

Diab and the public defenders listed on court documents for Elmezayen's case have not responded to CNN's request for comment.