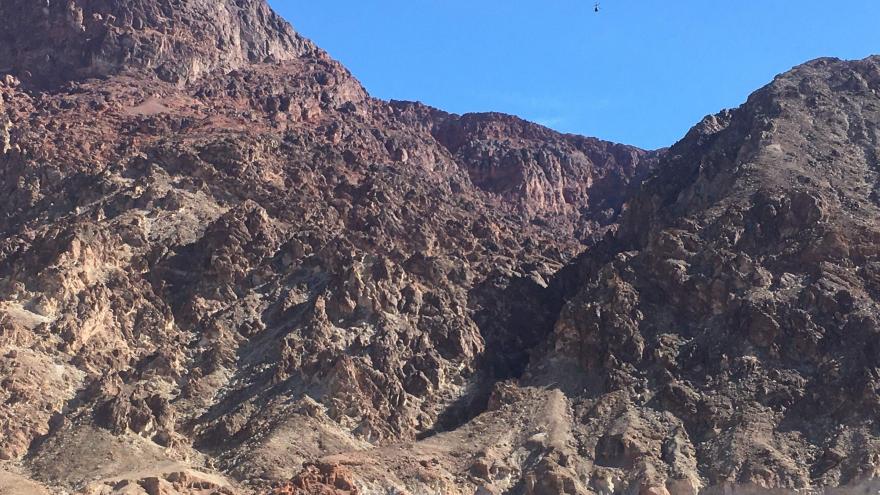 Deimos Canyon, the site of the accident.

(CNN) -- A man canyoneering in Death Valley National Park has died after falling off a cliff, according to the National Park Service (NPS).

Justin Ibershoff, 38, from Los Angeles, died on Saturday as he was descending a technical route in Deimos Canyon with six friends, the NPS said in a news release.

All the party members were experienced canyoneers and had descended into this canyon several times.

Ibershoff was descending a steep, rocky slope when he stepped on a loose boulder that triggered a rockslide. He was swept past two of his friends and over the edge of a 95-foot cliff, the release said.

The friends called for assistance and after a few hours, a crew from the Navy's VX-31 helicopter were able to reach Ibershoff and establish he had passed away. His body was recovered the following day, according to the NPS.

The park service warns canyoneers that conditions in that area remain unstable and all are advised to avoid the upper section of Deimos Canyon.