A California couple was heartbroken to say goodbye to their beloved dog, Marley -- so they cloned him 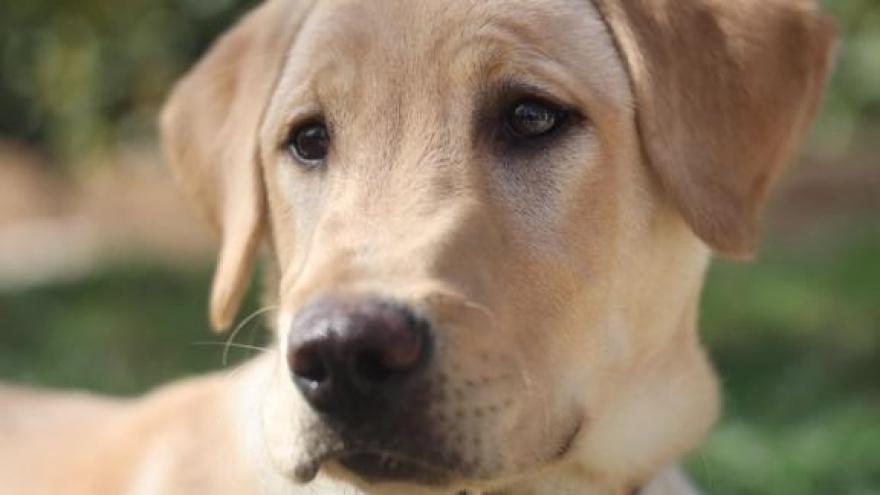 (CNN) -- They knew Marley was the perfect dog. So when it came time to say goodbye to their beloved Labrador, Alicia and David Tschirhart did what they had to do to keep a part of Marley alive -- they cloned him.

Ziggy's resemblance to Marley, the California couple say, is uncanny.

"They have the same personality, they play the same, they favor the same toys," Alicia told CNN San Diego affiliate KGTV of the new animal in their lives.

While cloning your pet seems like something you'd see in a sci-fi movie, it's actually been done more often than you'd think.

In 2018, actress and singer Barbara Streisand revealed that two of her dogs were clones of a previous dog. In South Korea, a sniffer dog that was known for his "legendary" nose was cloned to produce seven other sniffer dogs. And in 2009, five puppies were cloned from Trakr, a hero dog that is credited with finding the last survivor beneath the rubble of the 9/11 attacks in New York.

The cloning process for Marley was done through ViaGen Pets, they said. The company lists the price at a steep $50,000. The Tschirharts, who live in Escondido, told KGTV that it was a small price to pay.

After all, Marley may have saved Alicia's life. It was the least they could do.

When Alicia was about four months pregnant, the couple, dog in tow, went out on a hike. Alicia reached down to grab a walking stick, but Marley darted out and started clawing at the ground in the area where she was reaching.

"I just saw this really big stick and so I was focused on grabbing that," Alicia said. "I didn't even see the snake until Marley started clawing."

What was hiding off the trail was a venomous rattlesnake. Marley chased it away, the couple said. He later was diagnosed with cancer and died about five years ago, according to affiliate KUSI.

Now, the couple say their children will have more than just a memory of Marley to grow up with.

"I just couldn't think of any better way to do that. To have, you know, their years growing up to have Ziggy around," David said.

How the cloning process works

ViaGen's cloning process uses the same technology that was used to famously clone Dolly the sheep back in 1996.

While the pet is living or shortly after death, a veterinarian will take a tissue biopsy from the dog, according to a video on ViaGen's website.

A sample from the biopsy will be sent to ViaGen, which will then culture new living cells from the sample and freeze them.

Once the owner decides to have their beloved pet cloned, ViaGen will take one of the cells and replace the nucleus of a female dog's egg with it.

The egg and cell join together and the embryo will start to grow. Then, the embryo is transferred to a surrogate mother, who will give birth after a normal gestation.

Because none of the genes in the original dog were changed, ViaGen says the clone is basically an identical twin, just born at a later time.

Pet cloning has surged in popularity since it became commercially available in recent years.

But as more and more pet owners shell out big bucks to clone their dogs and cats, animal rights advocates are calling the practice unethical.

"The cloning process begins with a group of dogs that will 'donate' their eggs, a process that involves pharmaceutical manipulation of hormone levels and a surgical egg-harvesting procedure," Jessica Pierce, a bioethicist, wrote in an op-ed in the New York Times.

"If all goes well, they will be surgically implanted into one or more canine surrogate mothers that will carry a litter of cloned puppies to term. After performing their tasks of producing a dog, the worker dogs will be used for another purpose," Pierce added.

Even two of the nation's most prominent animal advocacy organizations -- PETA and the Humane Society of the United States-- have publicly opposed animal cloning.

"Cloning experiments reflect a spirit common to all systematic forms of cruelty to animals," the Humane Society of the United States said on its website. "They treat animals as commodities alone, instead of as living individuals with needs and natures of their own."

"When you consider that millions of equally personable dogs are euthanized in animal shelters every year for lack of a home, cloning is all the more indefensible," PETA said in a 2018 post on its website.

ViaGen responded to the criticism, saying in a statement to CNN that while it is true surrogates are used to clone puppies, "They are treated with the highest levels of care, nutrition, and respect."

ViaGen added, "The number of cloned animals are a small fraction compared to the animals that pass through shelters. We believe that we should all work together to help find permanent homes for shelter animals, but we do not believe that cloning increases the problem in a meaningful way."