A California city has been overtaken by birds. Lasers may be the solution to end it 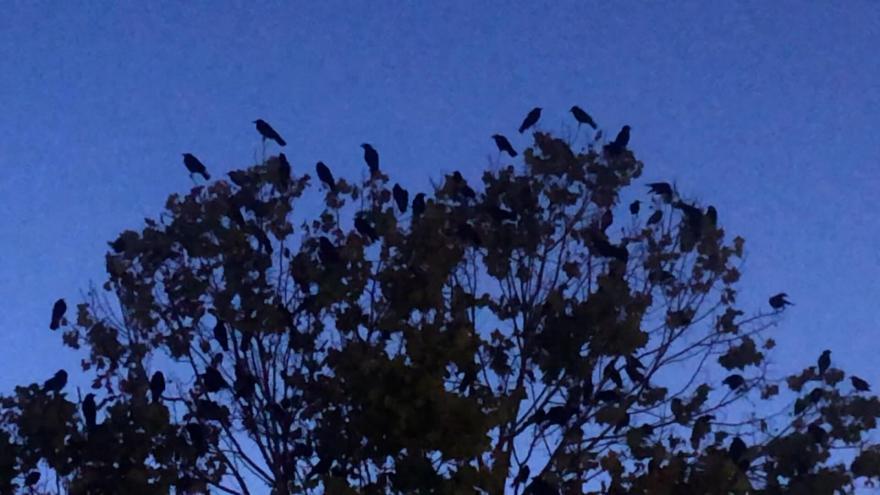 Sunnyvale, California has been overtaken by birds.

(CNN) -- After dealing with thousands of crows roosting in downtown, Sunnyvale, California, for years, the city is taking a note from nearby Silicon Valley and going high-tech with lasers.

Mayor Larry Klein told CNN crows have roosted in the downtown area for generations, but during the pandemic the numbers have grown. The birds have become a problem for restaurants and other businesses, as well as a noise nuisance for the residential areas.

When it comes to eating outdoors, "I'll go inside unless I'm under an umbrella," resident Frank Hampton told CNN affiliate KGO-TV. "Thing is, they're not here during the day, it's just at night. It's just when they start coming around when the sun goes down."

The city has tried everything to get the birds to find a new spot, but all success has been short lived.

"We have had a falcon previously, a hawk, but it has had limited success and the crows return," Klein said.

Reflectors were also a failure, given the crows tend to congregate at night. Now, the town is moving to laser pointers.

"The cost of bringing in a falconry person is actually fairly high long term, and here we are mainly talking about a $20 solution and some staff time, to have a pilot program to try to resolve the problem," Klein explained.

"It's a health problem we've had to deal with, and at the cost of the city, so if we have a cheap solution, there's no reason to try it, right?" Klein said.

The mayor got the idea from a friend who has been using a green laser to disperse birds squawking in his yard. He learned other towns with bird problems were using the same technique, since it is deemed safe by the Humane Society of the United States.

The program will start at the end of the month. City staff and residents will be armed with the lasers in hopes of success.

"If the green lasers don't work by themselves, then we start looking at the sound of crows in distress or other opportunities that present themselves, but this is the first step in trying to deal with the birds," Klein said.

However, not everyone is a fan of trying the technique. The Santa Clara Valley Audubon Society told Klein they are worried the lasers will blind the birds and cause harm to humans and aircraft. They want the city to continue exploring other options.