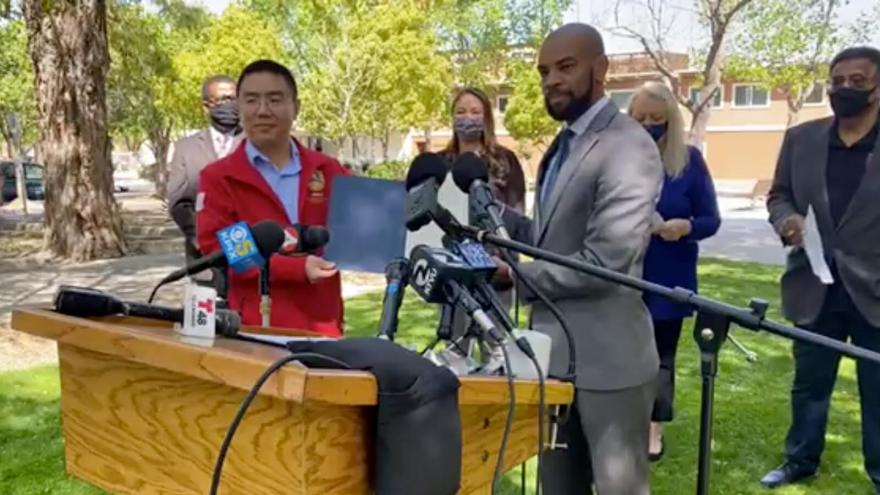 Antioch Mayor Lamar Thorpe announces the approval of a resolution that apologizes to early Chinese immigrants and their descendents.

(CNN) -- A California city has officially apologized to early Chinese immigrants for treating them unjustly, calling it a "first step" toward racial reconciliation.

In the mid-1800s, Antioch, California -- like other cities in the state -- witnessed a population spike as migrants, including those from China, moved into the area in search of gold. Chinese immigrants were then exploited for cheap labor, notably in the construction of railroads.

The history is detailed in the city's resolution apologizing to the immigrants and their descendents. It unanimously passed the Antioch City Council on Tuesday.

Thorpe said Antioch is the first city in the United States to officially apologize for the mistreatment of Chinese immigrants. He said he hopes other cities follow Antioch's lead.

"The fact that we can confront this demonstrates that it can be done," he said.

Thorpe first announced the plan to formally apologize with a resolution during a news conference in April, referencing the rising attacks against Asian American and Pacific Islander people.

In the last year, an increasing number of Asian American people have reported being violently harassed, with high profile attacks reported in cities like San Francisco and New York.

There were at least 2,410 anti-Asian hate incidents during the first three months of 2021, according to a report by Stop AAPI Hate, a group that tracks violence and harassment against Asian people.

One of the most high profile attacks took place in March, when a gunman attacked several spas in the Atlanta area. Of the eight people killed, six were Asian women.

The history of exclusion contributes to the current rise in Asian hate, according to Antioch's resolution.

"The City of Antioch must acknowledge that the legacy of early Chinese immigrants and Xenophobia are part of our collective consciousness that helps contribute to the current anti-Asian American and Pacific Islander hate," the resolution states.

In addition to the resolution, the city also discussed the designation of a Chinese historic district, as well as museum exhibits and murals that would honor Asian achievements.