A boy lost both parents to Covid-19. His family asks Texas community for help celebrating his 5th birthday 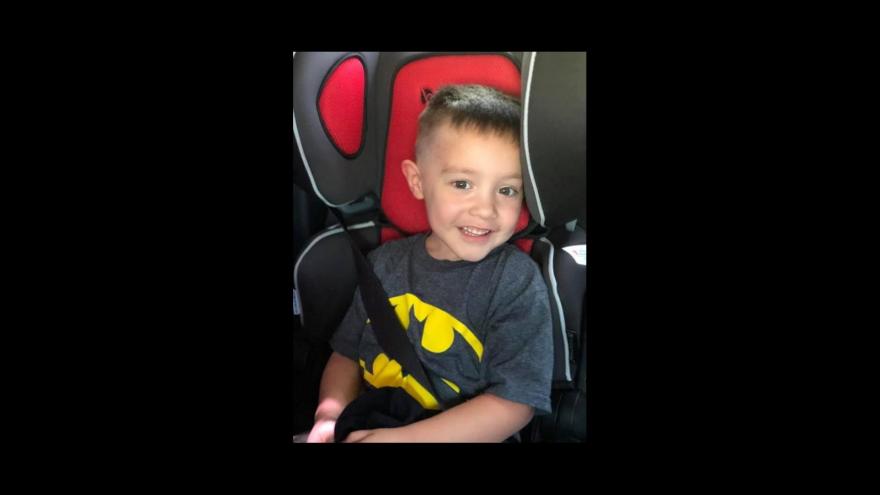 Raiden Gonzalez lost both parents to Covid-19. His family is now asking the Texas community for help celebrating his 5th birthday.

(CNN) -- At just 4 years old, Raiden Gonzalez has lost both his parents. Coronavirus stole their lives four months apart, leaving Raiden with only a few years' worth of memories to cherish for a lifetime.

With Raiden's birthday on Sunday, Margie Bryant -- the boy's great-aunt, whom he lovingly also calls grandma -- and her family wanted to find a way to make sure the boy knows how much he is loved, especially in the absence of his parents, she told CNN.

A "wave and roar" dinosaur-themed drive-by parade is set for November 28, organized by Bryant, who lives in Houston. A local fire department, a Batman entertainer, monster truck clubs, motorcycle clubs and classic car clubs are all due to participate.

"It's a milestone birthday," Bryant said. "We just want him (Raiden) to know that we're going to be there for all of his birthdays and make sure he's celebrated, and I know my niece has the cheesiest grin because she knows her boy is in good hands."

Raiden lives in San Antonio, and his maternal grandmother, Rozie Salinas, has taken him in, Bryant said.

Beyond Raiden's happiness, Bryant's wish is for others to take the coronavirus threat seriously.

"I can't say it enough ... I know what it (coronavirus) has done to us, and I know the hurt that we feel, the void that it has left in our hearts, this little boy who doesn't have his mom and dad now," she said. "You hear about the deaths, but you don't ever really hear about the people left behind, and in this instance, it's a 4-year-old."

Texas has reported the highest number of coronavirus cases of any state in the country, and the national death toll is quickly approaching 250,000.

Raiden's father, Adan Gonzalez Jr., 33, started a new job as a cement truck driver on May 12, Bryant said. His trainer tested positive for Covid-19, and by May 31, Adan began experiencing what he described to his family as allergy-like symptoms.

On June 3, he tested positive for Covid-19, and six days later, paramedics took him to the ICU, where he spent a little over two weeks before passing away on June 26.

Raiden's mother, Mariah Gonzalez, 29, broke the news of his father's passing, and though difficult, Raiden understood that Adan had been ill, Bryant said.

Both Adan and Mariah, a toddler teacher at a day care center, had been taking necessary precautions at work by wearing face masks, Bryant said.

After losing her husband, Mariah dealt with depression and anxiety, her aunt said. But her physical health seemed fine.

Then on Monday, October 5, Mariah spent the day shopping with her mother, ordered dinner and lived an otherwise normal day, Bryant said. In the evening, Mariah started experiencing shortness of breath and chest pains, so Bryant advised Salinas to call the paramedics, she said.

"They came, did an EKG, did some other stuff, and they took her away and we never saw her again," Bryant said. "She passed at 8:14 on Tuesday morning."

Hospital staff tested Mariah for coronavirus, Bryant said. The first test came back negative; a second test was positive, and within four hours of its result, Mariah had died of Covid-19 pneumonia and acute respiratory failure, Bryant said.

'Angels in the clouds'

Raiden will "tell you, 'Covid took my dad,'" Bryant said. "And it's sad to hear him say that, but he says, 'My dad is an angel in the sky, he's in the clouds,' and that is how he has recorded it in his mind whenever people ask him."

While Raiden remembers his dad's every feature so well and talks about emulating his voice and wanting similar facial hair when he grows up, he's having a difficult time understanding and realizing that now, his mother has joined Adan as an "angel in the clouds," Bryant said.

Bryant and her partner drove to San Antonio the day Mariah died. She was the one to tell Raiden about Mariah's passing -- one of the most devastating things she's had to do, she said.

"He's so smart. He has the most contagious laughter. It broke my heart to be the one to deliver this news to him about his mother, Mariah," she said.

"I told him, 'The reason you haven't seen Mommy in the past couple of days is because Mommy got real sick, and Mommy is an angel in the sky now, too,' and he was just inconsolable," Bryant said.

"He says to me, 'I want to be an angel in the clouds with my Mommy and Daddy.' But I said, 'No, we don't even want to talk about that, but know that they are everywhere, they are watching you.'"

'The sky is the limit'

The family will hold a funeral service for Adan and Mariah after the holidays, Bryant said. They have also set up a GoFundMe to cover those expenses and others to aid Salinas as Raiden's caregiver.

"When young children experience the death of a loved one, not only do they mourn the loss, they are also concerned about who will take care of them," Robin Gurwitch, a psychologist and professor at Duke University Medical Center, told CNN. "It is important for family to assure the child that someone will always be there to take care of them."

Not only is that reinforcement key but also an understanding that children will go through a wave of emotions and that it's important to give them the space to express and validate them, Gurwitch said.

That's exactly what Bryant, Salinas and other relatives intend to do for Raiden, Bryant said.

"The sky is the limit," she said. "He's such a smart little boy, so I want him to reach his dreams, and we're going to be a part of it, and I've told my sister she is not alone, we are all here ... whether that's school or sports, whatever he wants, we're going to make sure that he has it and that he always remembers Mariah and Adan Jr."