A Boston doctor sent a friend a desperate text for help. Moments later, he and his fiancée were dead 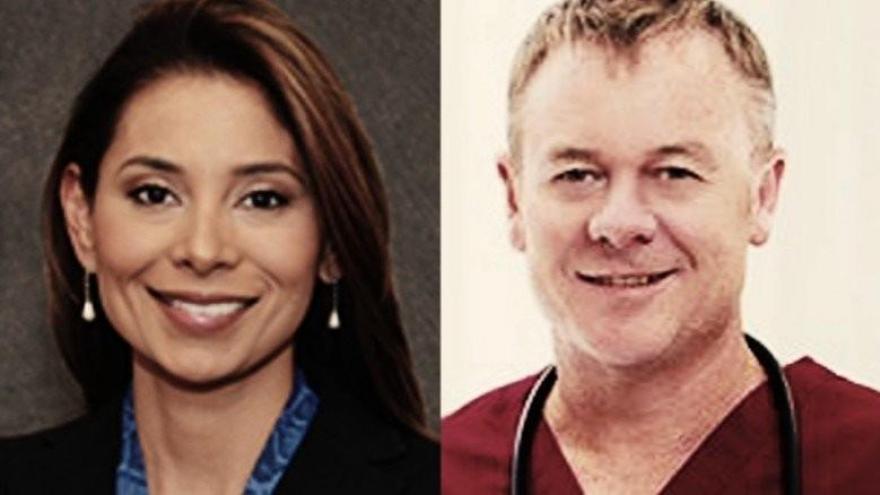 (CNN) -- In the last moments before his death, 49-year-old anesthesiologist Richard Field texted a friend pleading for help.

"I was confused for the first minutes," Matthias Heidenreich testified last week in the first days of the double murder trial for the man suspected of killing Field and his 38-year-old fiancée, Lina Bolanos.

"I did not realize what (the text) means, wasn't sure what it is," Heidenreich said.

The couple, both well-known anesthesiologists, were stabbed to death in their Boston penthouse in May 2017.

In the texts, Field tried to ask Heidenreich to call 911 because an armed man was in his home.

A series of eight text messages was sent around 7:30 p.m. while Heidenreich was walking to a local drug store, according to reports from the Boston Globe and the Boston Herald. Heidenreich saw the texts when he returned home, the reports said.

The messages started "Call 111," an apparent reference to 911, then "Gun man", "in house" before ending with "Serious," according to the Boston Herald.

Heidenreich testified that he responded but got no answer.

Prosecutors say Bampumim Teixeira found the right time to sneak into the building he briefly worked for as a concierge and killed the two doctors inside their 11th floor penthouse. Teixeira has pleaded not guilty.

"(He was) looking, waiting, lurking, out front, out back, for just the right opportunity to present itself," Assistant District Attorney John Pappas said during opening statements.

Teixeira was familiar with the building's layout because of his time working there, the Suffolk County District Attorney's office said in a news release in 2017. And prosecutors allegethat's how he was also able to gain access to the couple's penthouse, CNN affiliate WCVB reported.

"No video, no audio, no scientific evidence, no credible evidence will tell you that Bampumim Teixeira broke into the home of Lina Bolanos and Richard Field and murdered them," defense attorney Steven Sack said in the trial. "And that's because he didn't."

A hooded person sneaked into the building

On May 5, a person wearing gloves, a hooded jacket and carrying a backpack and a bright yellow shirt sneaked into the building's garage around 4 p.m, according to the news release from the district attorney's office. Bolanos arrived around 5 p.m. and her fiancé followed about an hour and a half later,the release said.

Police were first contacted around 8:30 p.m. that night from the concierge, who had been alerted by a concerned friend -- following a text he had received from Field, the release said.

Inside the 11th floor penthouse, authorities found a grisly scene.

"(Field was found) dead in a pool of his own blood. His hands bound behind his back with handcuffs," Pappas said in trial, according toWCVB. "Lina Bolanos was also in a pool of her blood after having been stabbed repeatedly in the neck."

Thinking he pointed or fired a weapon at them, two police officers shot and injured him, the release said. Teixeira was transported to a nearby hospital.

Outside the apartment, police found a backpack with a replica firearm and jewelry, the release said.

Nearby, they also found a bright yellow shirt and a carving knife, according to the release.

"Although the why to this story may never be fully explained to your satisfaction, the who will absolutely never be in doubt," Pappas said.

The trial resumes this week. On Tuesday, jurors will visit the doctors' penthouse, WBZ reported.