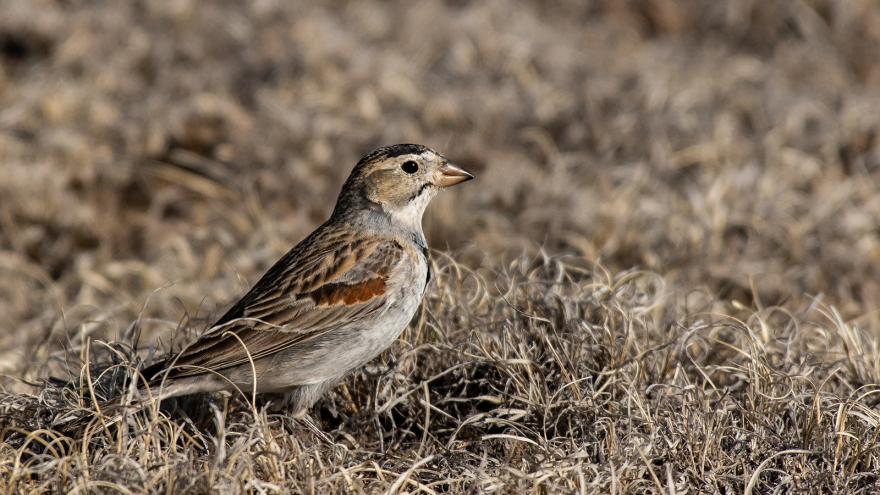 (CNN) -- The American Ornithological Society is the latest organization to shed a problematic name from the past.

The organization has announced it is renaming the McCown's longspur, a little prairie bird native to the Southwest and northern Plains that originally was named after Confederate Gen. John Porter McCown. The bird will now be known as the thick-billed longspur.

A change long in the making

How did a little bird get to be named after a Civil War figure in the first place? McCown was an amateur birder who kept regular records of birds he saw in his travels, so it's not surprising one of the new species he came across was named after him.

However, in an age when people are confronting just how much weight a name can carry -- whether it's a football team, a celestial body or a snack food -- that kind of problematic association could definitely offend and alienate a lot of people, as well as attract criticism.

Ornithologists since 2018 have been trying to rid the bird's name of the reference to McCown, who in addition to his role in the Civil War also fought in the Seminole Wars, during which US forces tried to force native tribes out of Florida.

"All races and ethnicities should be able to conduct future research on any bird without feeling excluded, uncomfortable, or shame when they hear or say the name of the bird," reads a renewed 2019 petition from the AOS classification committee. "This longspur is named after a man who fought for years to maintain the right to keep slaves, and also fought against multiple Native tribes."

Influential groups reflect on their past

After an incident this year involving a Black birder in Central Park and the success of Black-led diversity movements like Black Birders Week, the AOS and other natural sciences societies are homing in on racially charged factors in their groups' naming rules and in the very structure of their disciplines.

In new naming guidelines, the AOS's North American Classification Committee (NACC) recognizes "there may be English names that cause sufficient offense to warrant change on that basis alone," and says "the active engagement of the eponymic namesake in reprehensible events could serve as grounds for changing even long-established eponyms."

The Audubon Society and the Sierra Club have recently taken steps to reckon with the historical figures their legacies are built upon.

"As the most iconic figure in Sierra Club history, Muir's words and actions carry an especially heavy weight," Brune wrote in July. "They continue to hurt and alienate Indigenous people and people of color who come into contact with the Sierra Club."

This kind of transparency and the changes it can lead to -- whether structural, social or academic -- is what many scientists and naturalists of color are hoping for.

"The recent decision from NACC demonstrates growth and an opportunity for more learning," said Tykee James, an environmental advocate and government affairs coordinator for the National Audubon Society. "This isn't just a good example of applying a social justice lens in science, it's a demonstration we have a more inclusive birding community."

It may seem like a small thing, to change the name of a single bird. But small injustices can be like a pebble in a shoe, keeping marginalized communities from participating and succeeding at full speed in fields where their skills and voices are sorely needed.

Still, organizations like Bird Names for Birds, which supports the removal of eponymous and honorific bird names, says a single name change is not enough. There are still almost 150 other bird named after people in North America alone, some of them bearing the names of known racists and anti-abolitionists.

"McCown wasn't just a singular anomaly that has now been 'solved,'" Alex Holt of Bird Names for Birds said. "But a single expression of far more deep-rooted issues of colonialism, racism, sexism and other prejudices that have gone unchallenged for too long."