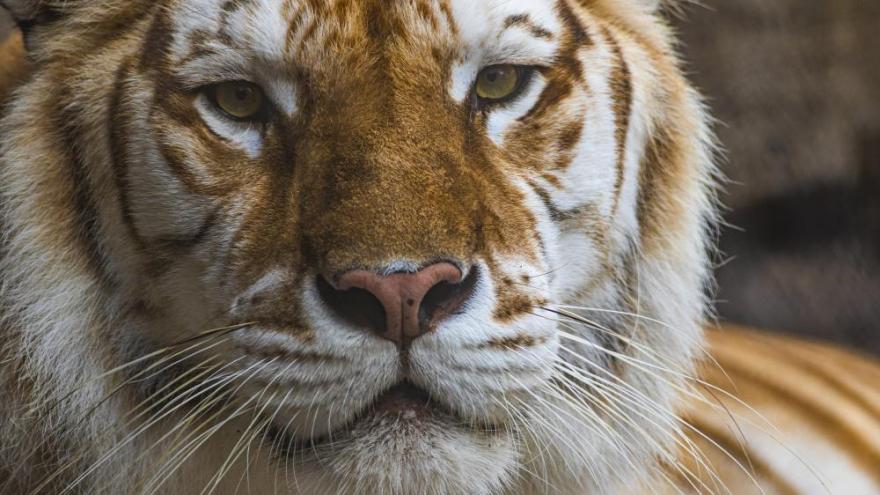 Bala, a 13-year-old Bengal tiger, died at Busch Gardens Tampa Bay after a fight with her brother.

Bala was badly injured after an "atypical interaction" with her brother, Bhutan, Rebecca Romzek, public relations and communication specialist for the park, told CNN on Wednesday.

The tiger was transported to the park's animal care center for emergency care, but veterinarians were unable to save her, the park announced Tuesday.

"Despite the veterinarians' best efforts, her wounds were too great and she was humanely euthanized," Romzek said. "A full necropsy is underway and the team will know more about her passing once test results have been received."

Bala and Bhutan had lived together their whole lives, and the kind of behavior that led to Bala's death had never been demonstrated, officials said. They were born at the Texas Zoo and moved to Tampa to live at the Jungala habitat in Busch Gardens when it opened in 2007.

This was the first fatal injury between tigers in the park's history, Romzek said.

In December, Busch Gardens Tampa Bay received the Humane Certified seal through the American Humane Conservation program for "demonstrating the good welfare and treatment given to the creatures in its care."

"Bala has lived with her brother Bhutan at the park since 2007, receiving world-class care," the park said on Facebook. "Known for her unique coloring, Bala was loved by her care team and the guests who visited Jungala."