A bear pinned a Montana teenager to a tree. He fought back with bear spray 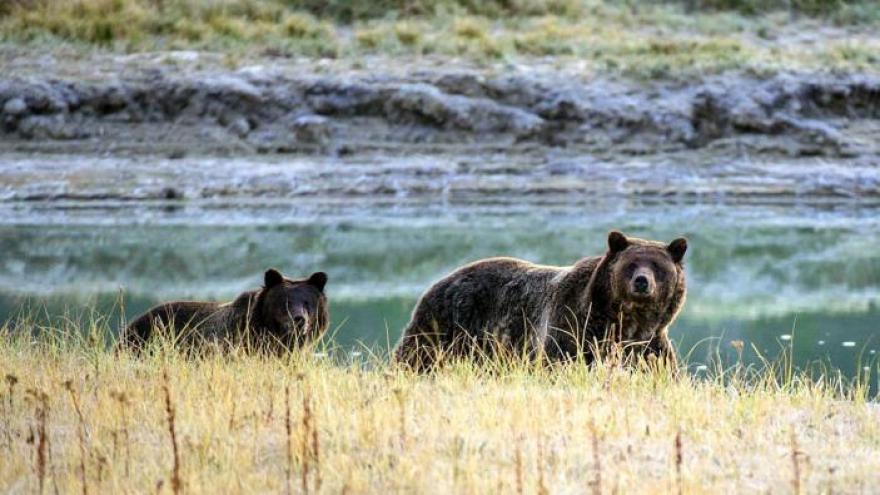 (CNN) -- It was about 2 p.m. and the teen was walking down a hill near a remote creek in Montana in search of shed antlers when he heard a thump. He turned to find a bear charging at him.

The 17-year-old was unable to grab his bear spray, according to the Montana Department of Fish, Wildlife & Parks, and the bear pinned him against a tree and held him there.

"When the bear let go, the teen fell over and attempted to crawl between two trees and protect his head and vitals. The bear then pinned him face-down on the ground," the department said in a statement recounting the Sunday attack.

Wearing a hoodie and a backpack, the young man finally was able to grab his bear spray, reached over his shoulder and sprayed the bear, spurring the beast to scurry away.

After making radio contact with his family, the teen was transported to Madison Valley Medical Center, about a two-hour drive south in Ennis, where he was treated and released. Wolf Creek, near the site of the attack, is a tributary of the Madison River and is about 30 miles south of Ennis.

Based on the teen's description of the bear, the Department of Fish, Wildlife & Parks said the bear was likely a grizzly.

"The bear's behavior in this incident appears to be typical of surprise close encounters," the department said. "FWP will continue to monitor the area, which is well within occupied bear habitat."

The department reminded hikers and other nature lovers to be vigilant during the nonwinter months. Safeguards include carrying bear spray, traveling in groups, avoiding animal carcasses and following food storage regulations. If someone encounters a bear, she or he should back away slowly and exit the area, the department said.