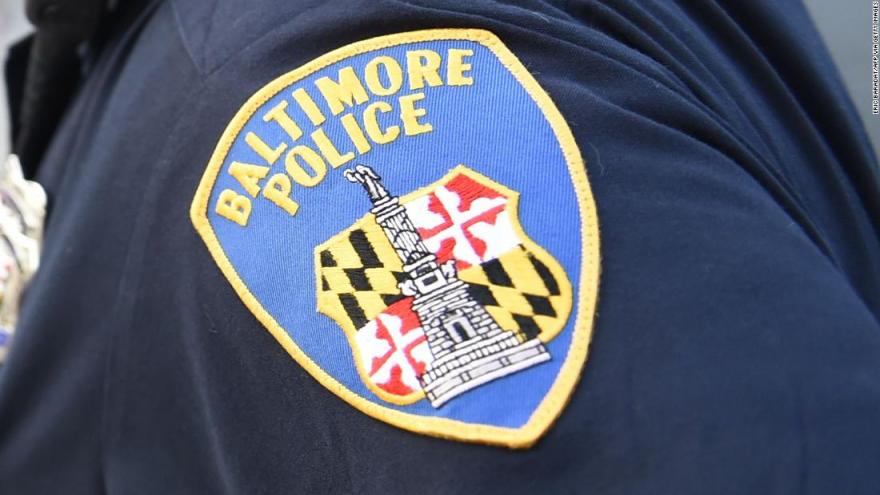 A group of people kicked a Baltimore police sergeant as he tried to arrest a man who'd spat in his face, authorities say.

(CNN) -- A group of people kicked a Baltimore police sergeant as he tried to arrest a man who'd spat in his face, authorities say.

The sergeant was conducting a business check just before midnight Friday when a person started arguing with him and spat on him, Police Commissioner Michael Harrison said in a statement Saturday. It's unclear what the argument or the check were about.

Video of the encounter that circulated online showed several others kicking the sergeant as he attempted to make an arrest, Harrison said.

"Based on our preliminary review of the incident, the sergeant did nothing to provoke the assault, and the sergeant should be commended for using the appropriate amount of force to apprehend his assailant," he said.

The commissioner added he was outraged by the incident.

"We can not, and will not, allow any member of the public, or one of our officers, to be assaulted," he said. "We are now working to identify everybody involved and, when we do, they will be prosecuted to the fullest extent of the law."

Baltimore Mayor Bernard "Jack" Young said one person has so far been arrested and authorities are looking for the people seen kicking the sergeant.

He said the video serves as a "reminder of the dangers our law enforcement officers face on the job."

"While we're all thankful that the sergeant was not seriously injured, the situation could have easily turned more dangerous," he said. "We have a simple message for everyone involved. Do yourselves a favor and surrender. That type of behavior will not be tolerated and each person arrested will be held accountable."

The person arrested has not been named.

Maryland Gov. Larry Hogan said he was "appalled and disgusted" by the incident and said authorities will pursue and prosecute those behind it.

"Our administration is providing unprecedented state resources to combat the crime epidemic in Baltimore, but this requires an all-hands on-deck approach," he said in a statement. "It is time we all stand together, and it is time city leaders and legislative leaders join our efforts to take our communities back.

The city has been grappling with a homicide rate that is "unacceptably high," Harrison said last year. In 2019, there were at least 347 homicides -- the highest per capita in recent years, a spokesman for the mayor previously told CNN.

In a statement, the city's police union said it was "disgusted" by the video but that it was a familiar scenario.

"It is indicative of a broken city that is being led by people who have absolutely no real time crime plan or, it seems, even know how to formulate one," Baltimore City Lodge #3 Fraternal Order of Police President Mike Mancuso wrote in a statement. "Crime in Baltimore is out of control and until new leadership is elected and appointed, this lack of respect for the law and those who enforce it will continue and deepen."

The city's police union has already accused Baltimore leaders of stretching the police department thin, adding the "patrol ranks remain hundreds of officers short" and detectives continue to handle "caseloads that would make law enforcement experts gasp if they knew the volume."

Mancuso called for the State's Attorney for Baltimore City, Marilyn Mosby, to "prosecute these assailants to the full extent of the law."

In her statement, Mosby vowed to bring the perpetrators in the video to justice.

She added that the union's response was "inappropriate political rhetoric" which fanned "the very flames they then call on me to put out."

"Their responses are relentlessly divisive, and they seem to lose no opportunity to misplace blame," she said. "The same sense of outrage in this case should be expressed by the leaders of the police union when their officers are convicted of attempted murder, assault, and unlawful arrest against citizens."