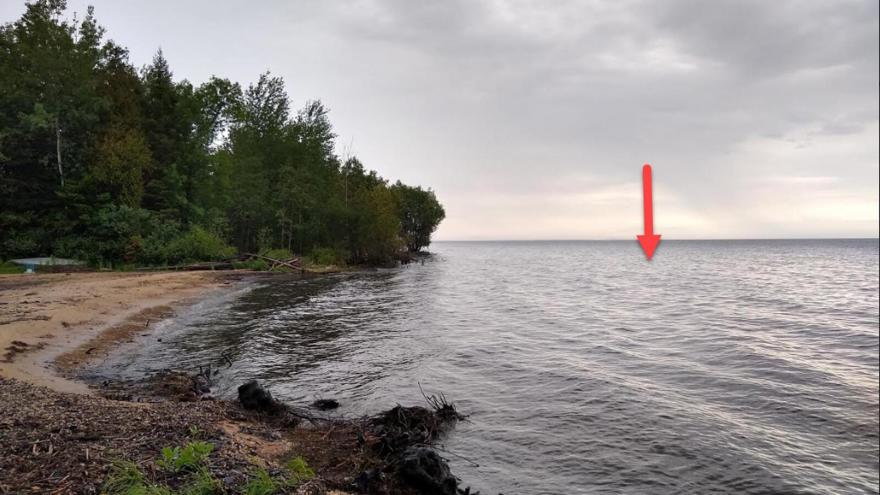 A drone fell from 160 feet and splashed down into Lake Michigan, state officials said. It was attacked by an eagle shortly before its splash landing.

(CNN) -- Bald eagle versus drone, round one: Bald eagle.

When a bald eagle tangled unexpectedly with a government drone last month in Michigan, it won, emerging from the scene unscathed. And the drone? Officials say it is somewhere in Lake Michigan.

The Michigan Department of Environment, Great Lakes and Energy disclosed the attack on Thursday, almost one month after the eagle sent the $950 drone into the Great Lake.

The trouble began when Hunter King, an environmental quality analyst with the department, sent a drone over Michigan's Upper Peninsula to map shoreline erosion, the department said.

His drone's reception started to sputter, so he commanded it to return home. He watched on a screen as his drone turned back to head toward him when it suddenly began to spiral.

Eventually, the drone disappeared -- and King saw an eagle fly away from the scene.

A couple who witnessed the event told the environmental department they saw an eagle strike an object in the air, though they didn't know then it was a drone. They both confirmed, as did King, that the eagle looked unharmed as it flew away, the department said.

Searches for the downed drone were futile. Telemetric data showed that the drone fell about 150 feet from the shore in water four feet deep, but staff couldn't find it after repeated searches by boat and on foot.

Data from the flight showed that the eagle struck the drone about seven minutes into its flight, and within a half-second, the drone started to spiral. Three seconds later, the drone's propeller was torn off, and it fell 160 feet into the water below.

The attack might have been a "territorial squabble" between the eagle and drone. Or the eagle may have been hungry, mistaking the drone as a seagull or another non-electronic meal, the department said.

Drones have become an increasingly mainstream research tool that give scientists a bird's eye view of the environment. But they can confuse actual birds -- especially the birds of prey closer in size to many drones, like eagles -- who may confuse them for prey or attack them for flying through their territory.