A baby was left alone in a room for five days with her deceased mother at a New York shelter, lawsuit claims 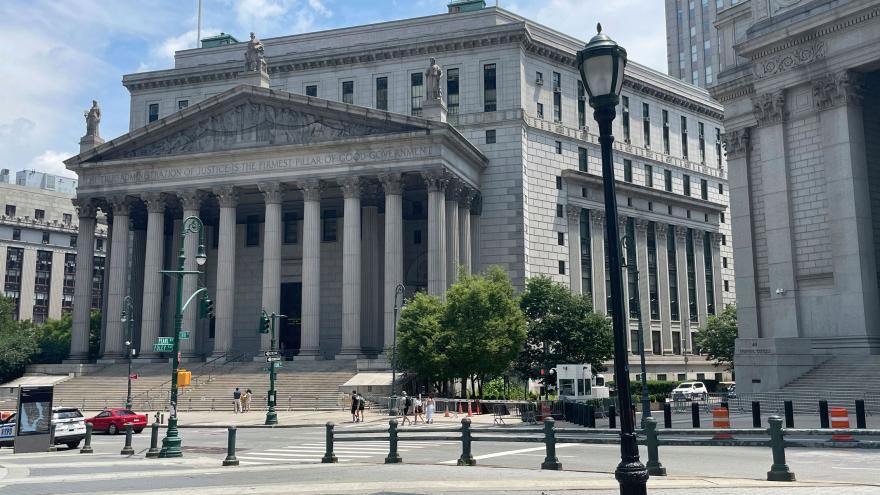 (CNN) -- A baby was left alone in a room with her deceased mother for five days at a New York homeless shelter and was found in desperate need of food, water and basic needs, according to a lawsuit filed by the infant's father.

The New York City Department of Homeless Services (NYCDHS) is being sued by Quraan Laboy, who alleges the agency -- which was caring for his one-year-old daughter at the time -- neglected the child and failed to follow shelter protocols, according to a petition filed with the New York Supreme Court.

The infant and her deceased mother, Shelbi Westlake, were discovered the night of July 25, 2021, after someone called building security about a "foul odor" emanating from Westlake's room, an incident report from NYCDHS provided in the court filing alleges.

Building security personnel called emergency medical services, who then entered Westlake's room and pronounced the 26-year-old dead, according to the incident report. Her daughter was found under the bed and taken to a hospital for evaluation, the report states.

CNN has reached out to the medical examiner's office for an official date and cause of Westlake's death.

Court documents claim NYCDHS acted negligently in failing to follow protocols involving the entrustment of a child, placement of residents, operation maintenance, management, inspection and control of the city-run shelter where Westlake was residing at the time of the incident. The infant was covered in feces and in dire need of food and water, the lawsuit also claims.

The agency is being sued for $5 million, per court documents.

"This was a heart-breaking tragedy and we offer our condolences to the family during this difficult period," a Department of Social Services-DHS agency spokesperson said in a statement Sunday, adding the city will review the lawsuit when it is received.

The circumstances around the mother's death are still under investigation, the DHS spokesperson told CNN, and said while the agency cannot discuss specific case details due to client privacy and confidentiality laws outlined by New York Social Services Law, the five days stated in the lawsuit is inaccurate.