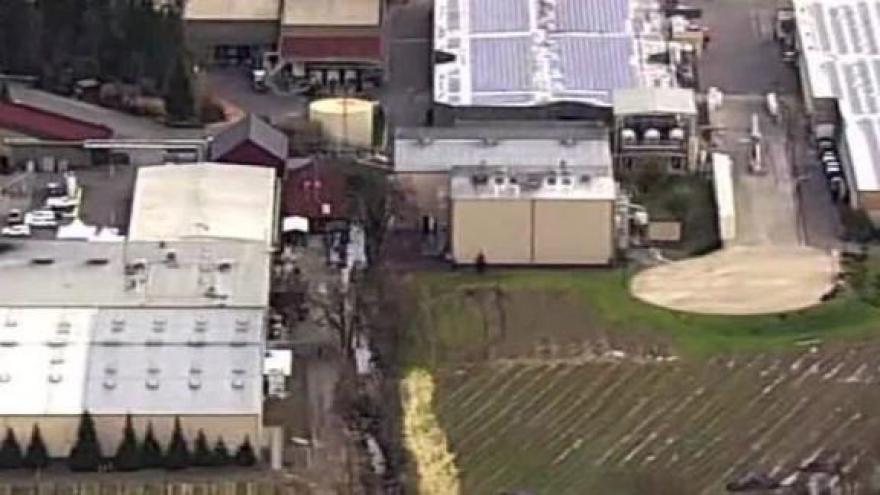 (CNN) -- A creek near a Sonoma County, California, vineyard is now a bit more refined after more than 97,000 gallons of red wine spilled Wednesday.

The culprit was a blending tank door at Rodney Strong Vineyards that popped open, spilling 97,112 gallons, according to a report from the Governor's Office of Emergency Services.

The spill has since been stopped and 20% of it has been contained, but an estimated 46,000 to 96,000 gallons have leaked into the Russian River, the report said. The Russian River originates in Mendocino County and flows into the Pacific Ocean north of the San Francisco Bay.

There have been no reports of fish deaths, but the acidity of the wine is likely to kill insects the fish feed on, said Don McEnhill the executive director of Russian Riverkeeper.

Rodney Strong spokesman Chris O'Gorman told CNN affiliate KGO Thursday that the winery is conducting an internal investigation and is cooperating with authorities.

"We are deeply, deeply concerned about this leak and protecting our waterways here in Sonoma County," he said.