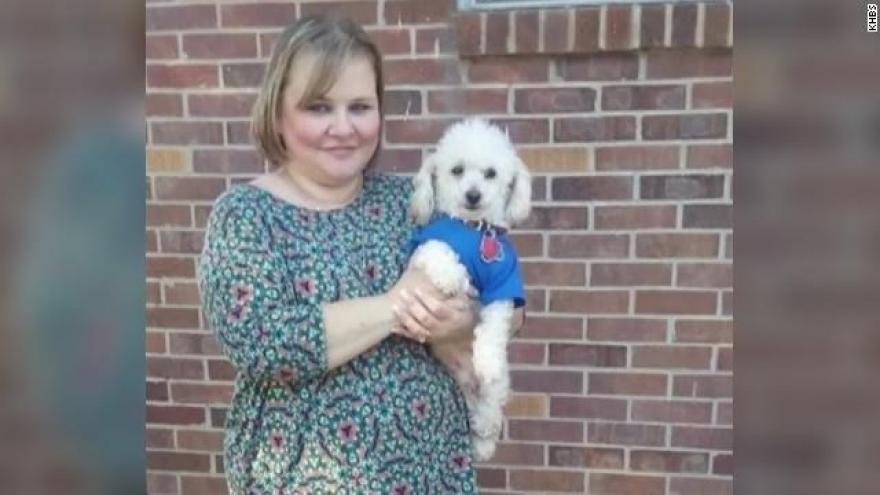 **Embargo: Ft. Smith-Fayetteville-Springdale-Rogers, AR** Debra Stevens, a 47-year-old newspaper delivery woman on her morning paper route, called 911 after a flash flood forced her SUV off the road. She spent 22 minutes on the phone with the 911 operator before she drowned in her car.

(CNN) -- The Arkansas 911 dispatcher who scolded a woman crying on the phone before she drowned will not face criminal charges, an internal investigation ruled.

A Fort Smith Police investigation into Debra Stevens' death found that while the 911 dispatcher "violated policy by being rude to Stevens at times," she hadn't violated the law in her response.

CNN is not naming the dispatcher because she has not been charged and we were unable to reach her.

See Also Arkansas woman drowns in a flood after 911 dispatcher scolds her during her final minutes
The dispatcher, police said, "performed her duties as required and was not negligent in her response."

Stevens, a 47-year-old newspaper delivery woman on her morning paper route, called 911 in August after a flash flood forced her SUV off the road. She spent 22 minutes on the phone with the 911 operator before she drowned in her car.

Her death was ruled an accidental drowning, police said.

The dispatcher submitted her resignation notice two weeks prior to the incident. Stevens' death occurred during what was to be the operator's final shift, police said in the report.

The operator might've faced disciplinary action had she still been an employee, but she wouldn't have been fired, police concluded.

The center was understaffed and overwhelmed during the flood

The 911 center was "overwhelmed with calls" during the flood, police said. Stevens' call was the 15th call that day, and another 19 calls about vehicles caught in floodwaters would follow.

"The situation was chaotic, at best," the report said.

In a recording of the call, the dispatcher scolded Stevens for "freaking out" as floodwaters filled her SUV. Stevens repeatedly told the operator she feared she was going to die.

"You're not going to die," the dispatcher told Stevens. "I don't know why you're freaking out. It's okay, I know the water level is high."

"I understand that, but you freaking out is doing nothing but losing your oxygen up in there, so just calm down."

Later, Stevens told the dispatcher she was worried the floodwaters would ruin her "brand new phone," preventing responders from finding her.

"Do you really care about your brand new phone?" the dispatcher said. "I mean, you're over there crying for your life. Who cares about your phone?"

Stevens grew frantic and said she needed to vomit.

"Well, you're in water, you can throw up," the dispatcher told her. "It's not gonna matter if you got throw up on yourself; they'll still help you."

The dispatcher also told Stevens to "shut up" and scolded her for driving into water shortly before the call cut out.

The department released the recording of Stevens' call shortly after her death, which it admitted sounded "calloused and uncaring at times" on the dispatcher's part.

The dispatcher received death threats to her cell phone, forcing her to change her number, police said.

After the release, 911 operators at the center were "inundated" with callers who harassed or threatened them, the report said. The calls became so frequent numerous that they "interfered with the Center's ability to handle calls" from people who sought emergency aid.

But the department insisted the 911 operator made a sincere effort to locate Stevens and send first responders to her location.

The operator received criticism that she didn't advise Stevens, who said during the call she couldn't swim, on how to navigate the flash flood because that was against policy.

As a result, Fort Smith Police Chief Danny Baker recommended that 911 operators should be allowed to give advice or instructions to callers if they're trained in that type of incident. The department will also hire additional 911 supervisors to lighten the understaffed center's work load.