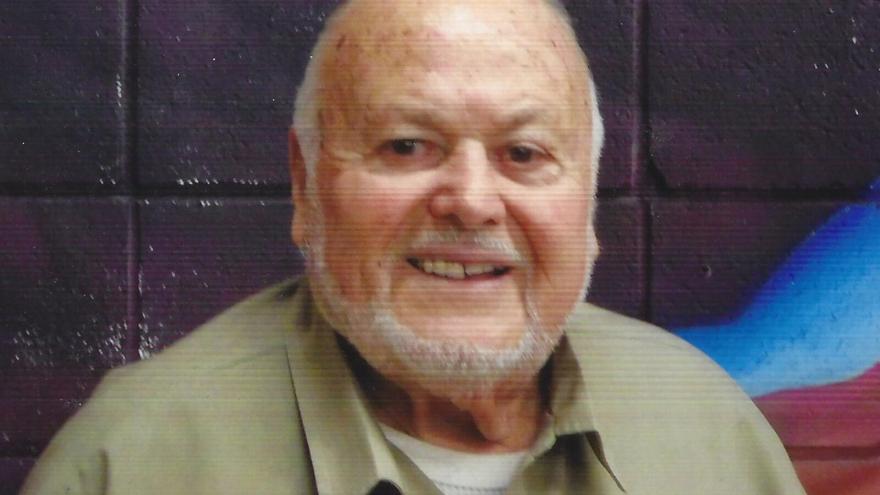 Horacio Estrada-Elias, who was the subject of a CNN investigative story in September, is set to be freed this week after more than a dozen years behind bars.

(CNN) -- In a dramatic reversal, a 90-year-old, seriously ill federal inmate serving life in prison for a nonviolent marijuana trafficking crime will go free after a judge granted him compassionate release on Tuesday -- overturning his previous order denying release.

Horacio Estrada-Elias, who was the subject of a CNN investigative story in September, is set to be freed this week after more than a dozen years behind bars.

"It's a huge blessing for all of us," his daughter Elizabeth Estrada said Tuesday. "We're so excited for the whole family to finally be together."

Estrada-Elias suffers from congestive heart failure, atrial fibrillation and chronic kidney disease, and also contracted the coronavirus while in prison, according to court affidavits filed by doctors. His prison doctor predicted in April 2020 that he had "less than 18 months" to live, and his warden recommended release, noting his spotless disciplinary record and writing last year that "he has been diagnosed with an incurable, progressive illness in which he will not recover."

Federal Judge Danny Reeves denied Estrada-Elias' motion for compassionate release in July, arguing that a life sentence is "the only sentence that would be appropriate."

But last month, an appeals court ordered Reeves to reconsider. Two judges on a three-judge panel of the 6th Circuit Court of Appeals wrote that Reeves had "abused (his) discretion" by ignoring the fact that Estrada-Elias is unlikely to reoffend and "overly emphasizing" his nonviolent crimes. One judge dissented.

On Tuesday, the day after the formal appeal mandate was transmitted to his court, Reeves issued a new opinion approving compassionate release.

"The defendant's medical condition constitutes an extraordinary and compelling reason for release... when considered in conjunction with the defendant's advanced age," Reeves wrote, reducing Estrada-Elias' sentence to time served.

Estrada said her father's lawyer had expected the judge would take longer to issue a new ruling, potentially requiring a hearing or legal briefings, but she guessed that "something softened his heart."

Now, Estrada-Elias will be released from prison in Minnesota and fly to the San Diego area on Friday, Estrada said. He'll live with his sister, and the family plans to set up a medical bed to take care of him at home.

Reeves has an especially tough record on compassionate release, rejecting the vast majority of more than 100 release motions that came before him since the beginning of the coronavirus pandemic, according to a CNN analysis of court records. In his earlier opinion, he had argued that the large volume of marijuana that Estrada-Elias trafficked had shown "a flagrant disrespect for the law that can only be reflected in an equally severe sentence."

A court staffer for Reeves, who was nominated to the bench by former President George W. Bush and serves as the chief judge in his district, declined an interview request for him.

Estrada-Elias was sentenced to life in April 2008 after pleading guilty to a conspiracy to traffic tens of thousands of pounds of marijuana into and around the United States. Reeves, who handled his case, was required to give him a life sentence because he had previous drug convictions.

Estrada-Elias' case is an example of the wide disparities across the country in compassionate release during the pandemic. In 2020 and the first half of 2021, some federal courts granted more than 40 percent of compassionate release motions in their districts, while others granted less than 3 percent, according to data from the US Sentencing Commission -- even though judges in all of the districts are applying the same laws, which allow compassionate release in "extraordinary and compelling" cases.

In Estrada-Elias' district, the Eastern District of Kentucky, judges granted about 6% of compassionate release motions, the data shows.

Guernsey, the law professor, said the vast disparity in grant rates between courts "really calls into question the equity of compassionate release."

"It appears to depend not on the gravity of your medical condition or the type of extraordinary and compelling circumstances that will dictate whether you're released," she said, "but almost a fluke of geography."