A 7th person has died from vaping-related causes. The CDC is stepping up its probe of e-cigarette illnesses 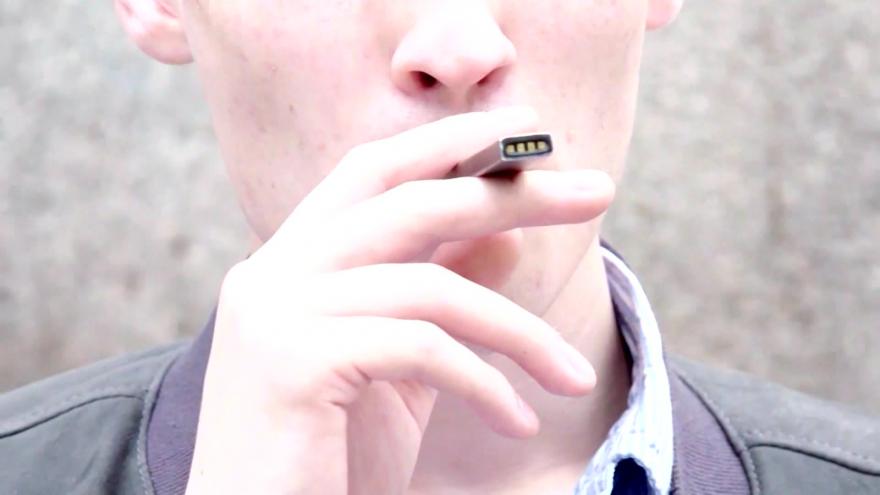 (CNN) -- A California man has become the seventh person to die from a vaping-related illness in the United States as the nation's leading health agency activates emergency operations to better investigate the outbreak of lung injuries associated with e-cigarettes.

California will launch a $20 million ad campaign to warn against the dangers of vaping, Gov. Gavin Newsom announced Monday, the same day health officials said a 40-year-old had died over the weekend from complications related to using e-cigarettes.

Vaping-related illness recently killed another person in California, plus one person each in Kansas, Illinois, Indiana, Minnesota and Oregon, officials have reported.

In light of the outbreak of lung injuries, the US Centers for Disease Control has activated its Emergency Operations Center, the agency announced. Researchers are looking into 380 cases of lung illness associated with the use of e-cigarettes in 36 states and the US Virgin Islands, they have said.

The state also will investigate tax policy regarding vaping pods. A pack of cigarettes carries a tax of $2.87, while a Juul pod, for example, gets only a $1.48 tax, the governor said.

The intent of the investigation is to "substantially increase taxes to these products," said Newsom, who included the measures in an executive order he said is needed because of a lack of legislative efforts.

As for flavored e-cigarettes, "they should be banned," Newsom said, adding he could not add that parameter to his order, though he didn't explain why.

"Let's just dispense with any niceties," he said. "You don't have any bubblegum-flavored, mango-flavored tobacco products unless you're trying to target an audience that you were losing -- that's young people."

The latest California victim had been sick for several weeks after he suffered a "severe pulmonary injury associated with vaping," Dr. Karen Haught, the Tulare County public health officer, said in a news release.

"The Tulare County Public Health Branch would like to warn all residents that any use of ecigarettes poses a possible risk to the health of the lungs and can potentially cause severe lung injury that may even lead to death," Haught said.

"Long-term effects of vaping on health are unknown. Anyone considering vaping should be aware of the serious potential risk associated with vaping," she said.

County of Los Angeles Public Health staff earlier this month announced the death of a resident potentially related to the use of e-cigarettes.

'It is time to stop vaping'

The first death identified as related to vaping was announced in August, when the Illinois Department of Public Health released a statement saying the person had been hospitalized with "severe respiratory illness" after recently vaping. Cases of vaping-related illness had been identified in 11 counties, the agency said.

A person in Oregon who had recently vaped products containing cannabis purchased at a dispensary died in July, according to a statement released in early September by the Oregon Health Authority.

The symptoms the patient suffered were similar to at least 200 cases in a national cluster that was mostly affecting teenagers and young adults, Oregon officials said.

"We don't yet know the exact cause of these illnesses -- whether they're caused by contaminants, ingredients in the liquid or something else, such as the device itself," said Dr. Ann Thomas, public health physician at OHA's Public Health Division.

Another death related to vaping was identified on September 6 by health officials in Indiana. The patient was older than 18 and died of a severe lung injury linked to a history of e-cigarette use.

The same day, the Minnesota of Department of Health said a patient who was over 65 had died in August after a long and complicated hospitalization. The patient had a history of underlying lung disease and suffered a severe lung injury associated with vaping THC products, Minnesota state epidemiologist, Dr. Ruth Lynfield, said in a news release.

Within a week, two more deaths were announced in Los Angeles County and Kansas.

The Kansas patient was over 50 and had a history of underlying health issues with symptoms that quickly progressed, the Kansas Department of Health and Environment said. What type of products the patient had used wasn't known, a news release stated.

"It is time to stop vaping," Kansas Department of Health and Environment Secretary Dr. Lee Norman said. "If you or a loved one is vaping, please stop. The recent deaths across our country, combined with hundreds of reported lung injury cases continue to intensify."