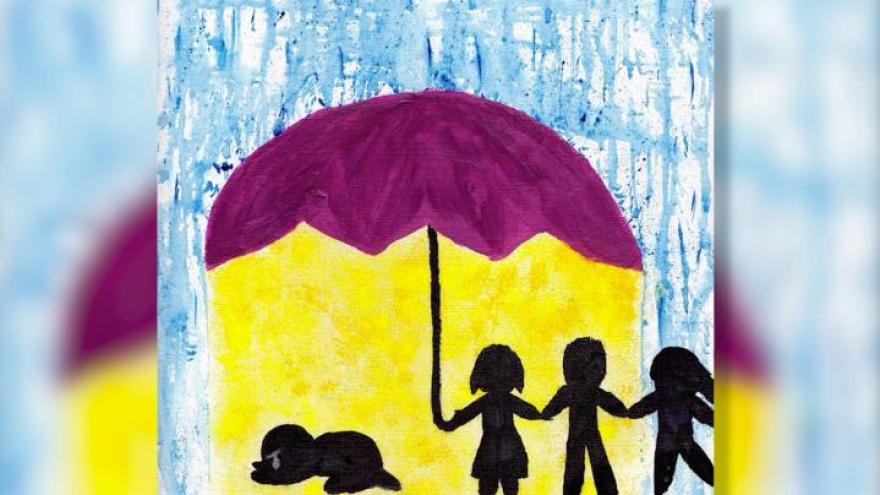 A 7-year-old wants to build a wall to highlight kindness around the world.

(CNN) -- When Áine Peterson saw images of child migrants being detained at the US-Mexico border, the 7-year-old decided she couldn't stay silent about injustices in the world.

While some politicians see a divisive wall as a solution to the immigration crisis, Áine, who calls herself "the Kind Crusader," envisions a wall to bring people together.

"I want to put together a kindness wall, with art from people all around the world," she says in a video promoting her campaign. Behind her, a homemade poster reads: "Though I be but little, I am fierce."

With her mother's help, Áine launched a GoFundMe page calling for people of all ages to send her artwork for "Wall of Kindness," which would be displayed for the public near her Colorado home.

It can be any kind of art, Áine says—a drawing, painting, poem or photo. "All I ask is that the art be about kindness."

Kendra Peterson, Áine's mother, supports her daughter's project, and says 1/3 of the funds raised in the campaign will go to groups helping migrants.

"She knows about what's going on at the border, she knows about shootings and racism, and she has become this kindness superhero," Peterson told CNN. "We are trying to raise strong women who stand up for what they believe in."

Áine, who turns 8 this week, has also started "The Kindness Klub" at her school in an effort to bring students together against bullying, her mother said.

The art wall campaign began July 19, and as of Wednesday Áine had collected more than 20 pieces of art.

"She just wants to let people know that anyone can be a superhero if they are kind," Kendra Peterson told CNN.