A 4-year-old boy was found on a street 'murdered in a violent act,' Dallas police say 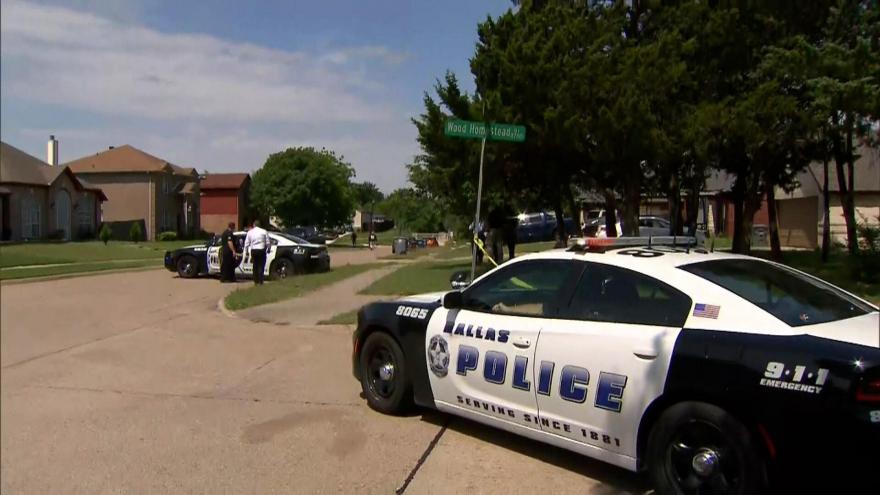 Authorities ask anyone with information or home surveillance video that might be helpful to call police after a 4-year-old boy who was found on a street in Dallas, Texas.

(CNN) -- Dallas police are investigating the grisly killing of a 4-year-old boy who was found on a street Saturday morning.

"A child was murdered through a violent act. We believe an edged weapon was used," Dallas police Executive Assistant Chief Albert Martinez said.

"Even us as police officers, we are shocked. We're very angry about what has happened to the small child."

Martinez said someone called 911 around 5:30 a.m. (6:30 a.m. ET) Saturday reporting the child's body in the southwest Dallas neighborhood of The Woods.

Martinez said investigators believe the child is from the neighborhood where he was found.

On Sunday police identified a suspect arrested in connection with the killing as 18-year-old Darriynn Brown.

Brown faces charges of kidnapping and theft, according to a news release from the Dallas Police Department. Investigators are awaiting results of a forensic analysis and anticipate additional charges will be filed.

Several agencies, including the FBI, have been assisting with the investigation, Martinez said Saturday night.

"We will pursue justice, whoever did this, and bring some sort of closure -- not only to his family, but to our community," he said.

Police are asking anyone who has information or home surveillance video that might be helpful to call detectives at 214-275-1300.