A 2nd grader at a Christian school was expelled for telling another girl she had a crush on her, mother says 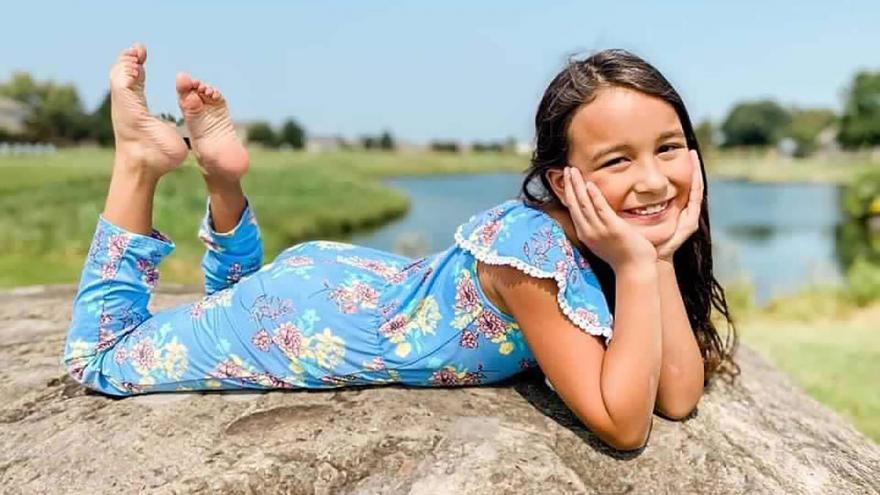 Chloe Shelton has been at the school since Pre-K, a total of four years.

(CNN) -- An 8-year-old student was kicked out of a Christian elementary school, after she told another female student she had a crush on her, the mother says.

The incident occurred last week, when Chloe Shelton, a second grader at Rejoice Christian School in Owasso, Oklahoma, told another female student she had a crush on her, mother Delanie Shelton told CNN.

Chloe was immediately removed from the playground and spent the next few hours in the principal's office, missing class time as a result, Shelton said.

"Before I was even called, the vice principal told Chloe that the Bible says that women can only have children with a man," Shelton told CNN. "(The vice principal) asked me how I feel about girls liking girls and I told her that I see no issue with it."

Shelton took Chloe home that day, and administrators told her to not come back Friday, she said.

The next day, the superintendent called Shelton, saying that the school was "ending their partnership" with Shelton's family, she told CNN, also expelling her 5-year-old son. When Shelton asked for specifics, he said her beliefs didn't align with theirs, she said.

"I was so blindsided. I was angry, hurt, betrayed, sad... so many different emotions. I just couldn't believe it," Shelton said. "I asked him to have a sit down meeting to discuss it and process it better and he refused, saying that 'nothing more needed to be discussed.'"

In a statement to CNN, Superintendent Joel Pepin declined to publicly comment, stating, "Due to privacy and other factors, it is the school's policy to refrain from public comments regarding any particular student or family."

The school's handbook states that "any form of sexual immorality" goes against its beliefs, including "professing to be homosexual/bisexual."

Students who do not "conform to the standards and ideals of work and life" at the school forfeit the "privilege" of attendance, the handbook states.

Students are also not allowed to have public displays of affection, including holding hands, hugging or kissing, the handbook states. Pregnancy is also grounds for dismissal, though the student may instead be "placed on homebound," so other students aren't "drawn by bad example to do likewise."

Shelton said she hadn't explicitly read the handbook when she first enrolled Chloe in the school as a 4-year-old for Pre-K. But she also didn't know that, four years later, Chloe would say she had a crush on another girl.

"It wasn't a relationship nor a practice," Shelton said, referencing the rules in the handbook. "Just a crush. To an 8-year-old, that could just mean that she really enjoys playing on the playground with her."

Chloe has received hundreds encouraging letters from across US

Kylie Holden, 26, is an alum of the school, spending years from Kindergarten to 12th grade at RCS before graduating in 2012. She identifies as bisexual.

Amidst threats of expulsion, Holden said her friends waited until they graduated to come out. So when she heard about Chloe's experience, those memories came flooding back. The idea that Chloe was questioning whether she deserved love from God or anyone shook her.

"That's the kind of detrimental stuff that you deal with for the rest of your life," she told CNN.

Holden posted about it on Facebook, offering to put together care packages for the family. People from Canada to Louisiana -- most of whom have never met Chloe or have any connection to the school -- have reached out, offering to send money, gifts or cards affirming Chloe.

So far, Chloe has received more than 150 messages from people all over the US, saying how proud they are of her, and assuring her she is loved by them and God, Shelton said.

"She's feeling so loved and supported now because of so many amazing people that have reached out to us," she said. "She's excited for a fresh start at a new school."