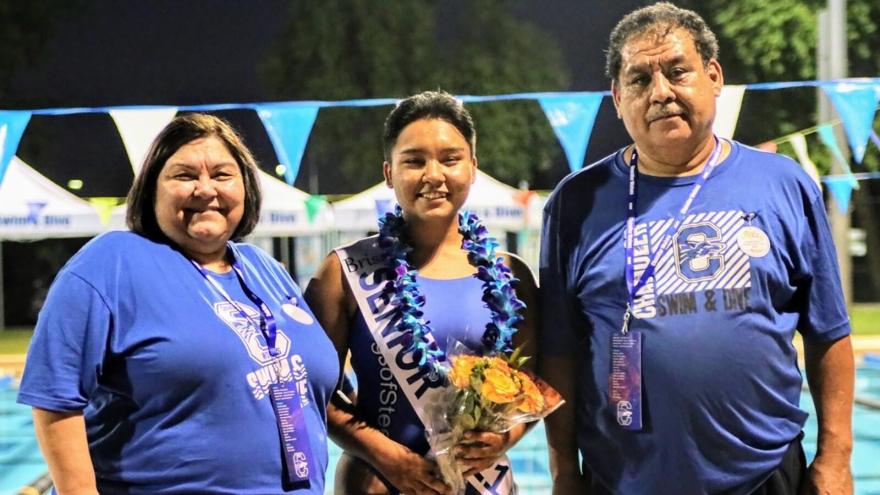 (CNN) -- Tony and Lisa Vasquez were high school sweethearts. Last week, within hours of each other, the two died from Covid-19.

Tony and Lisa both grew up in Superior, Arizona, according to the funeral pamphlet obtained by CNN. They met in high school, where both were very active -- participating in marching band and running track. Afterward, Tony enlisted in the Navy, serving six years total, and Lisa attended Mesa Community College. In 1999, they tied the knot, and eventually gave birth to daughter Brisa, now 17.

Tony and Lisa are just two of the more than 7,000 Arizonans who have died from Covid-19, which has also taken almost 300,000 people across the country. As the virus has continued to worsen in recent months, many states, including Arizona, have seen a record number of confirmed cases.

The two were actively involved in Brisa's life -- most notably through her swim team at Chandler High School in Chandler, Arizona. Tony served as president of the team's booster club, and Lisa helped out behind-the-scenes, said Rachel Tribby, vice president of the booster club.

She gave an example of how he'd always go the extra mile.

Last year, the swim team hosted a huge invitational, with lots of officials and coaches. As the host team, Chandler High had to take care of them. And though they were trying to keep costs down, Tony still went all out.

He brought a smoker, and he and the team's coach spent all night smoking a pork butt for the team and their guests. If that wasn't enough, he also brought mac and cheese and seven types of horchata, Tribby said.

"I wish we had a video," she said, recalling how the coach's spare office was filled with shredded pork. "He had workers in the gym, his family working at home and any kitchens he could find. It was fantastic. And crazy."

It's that level of care and service that made the two so beloved.

"It's just great to see how Tony and Lisa had touched so many people, and now that same community is mutually wrapping their arms around Brisa," Tribby said.

A GoFundMe page, which has so far raised more than $48,000, has been set up to support their daughter Brisa and help the family with medical bills.

Their funeral service was held on Friday, Tribby said.

The deaths of Tony and Lisa follow what was already a heartbreaking year for the team, which lost their head coach to Covid-19 earlier this year.

Brisa, a senior on the team, has plans to follow her father's footsteps and enlist in the military, Tribby said.